15,279 views
4 min read
Visual number talk emerging the idea that adding, subtracting and multiplying fractions and decimals is easy with the money model.

Students will continue adding, subtraction and multiplying fractions and decimals by whole numbers. Students will also explore the need for a standard order of operating.

The purpose of this Visual Math Talk borrowed from the Piggy Bank problem based unit is to reinforce key concepts from the first three days of the unit. Students will engage in a string of related problems through a math talk without the use of a calculator to develop a deeper understanding of the following big ideas:

Students will first be prompted to think about:

What is the total amount of money?

How could you convince your neighbour? 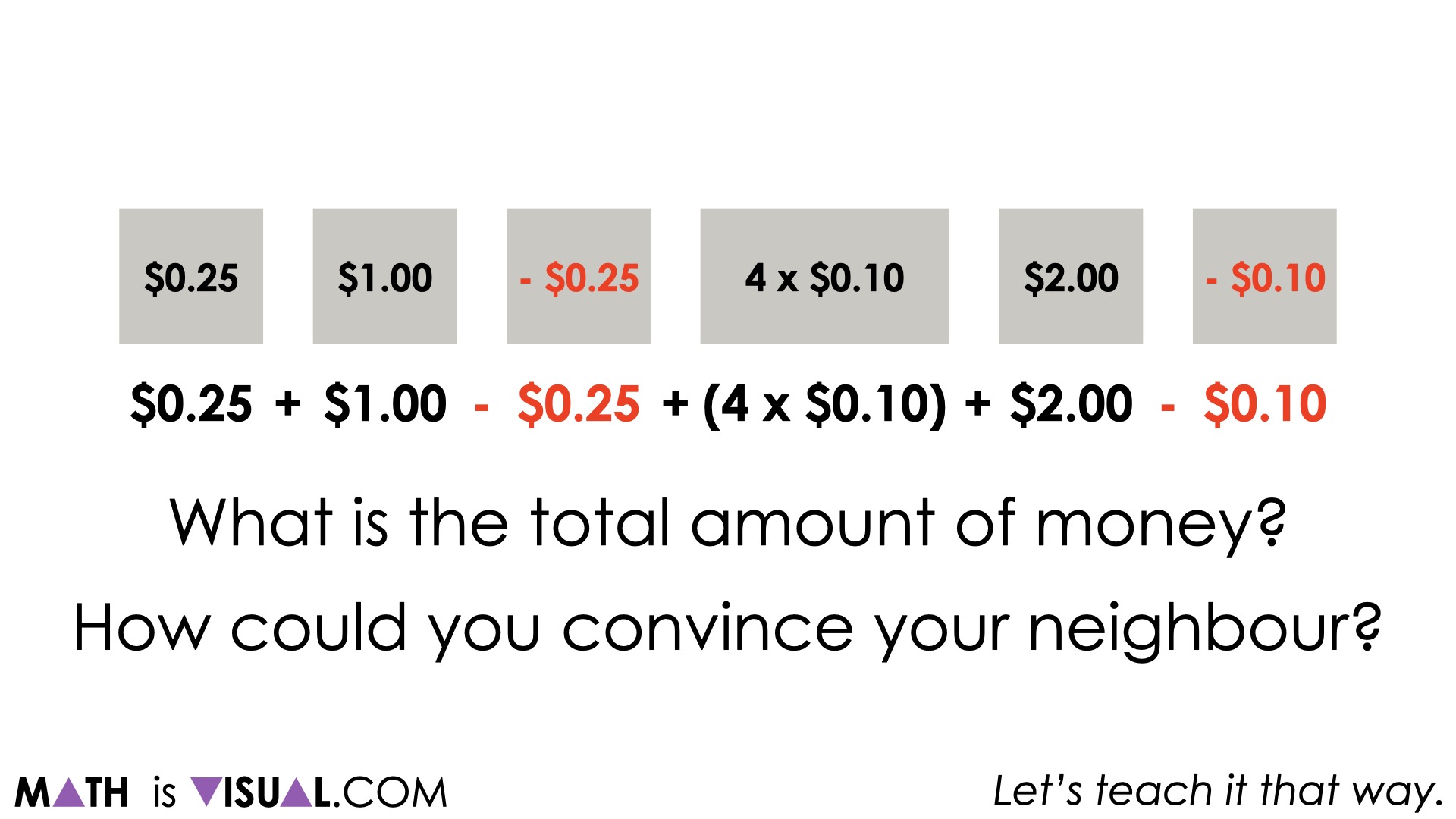 After students are given time to think and strategize with their neighbours, take time to facilitate a discussion and model student thinking using the mathematical model that matches their approach best.

While the models you have used to represent student thinking from the room might be enough for the entire group to be convinced of what the total sum of money will be, you might consider also sharing this silent solution animation or a portion thereof if it helps push thinking forward.

One model that can be helpful here is a tape diagram showing both positive and negative quantities based on the expression given in the original visual number talk prompt. 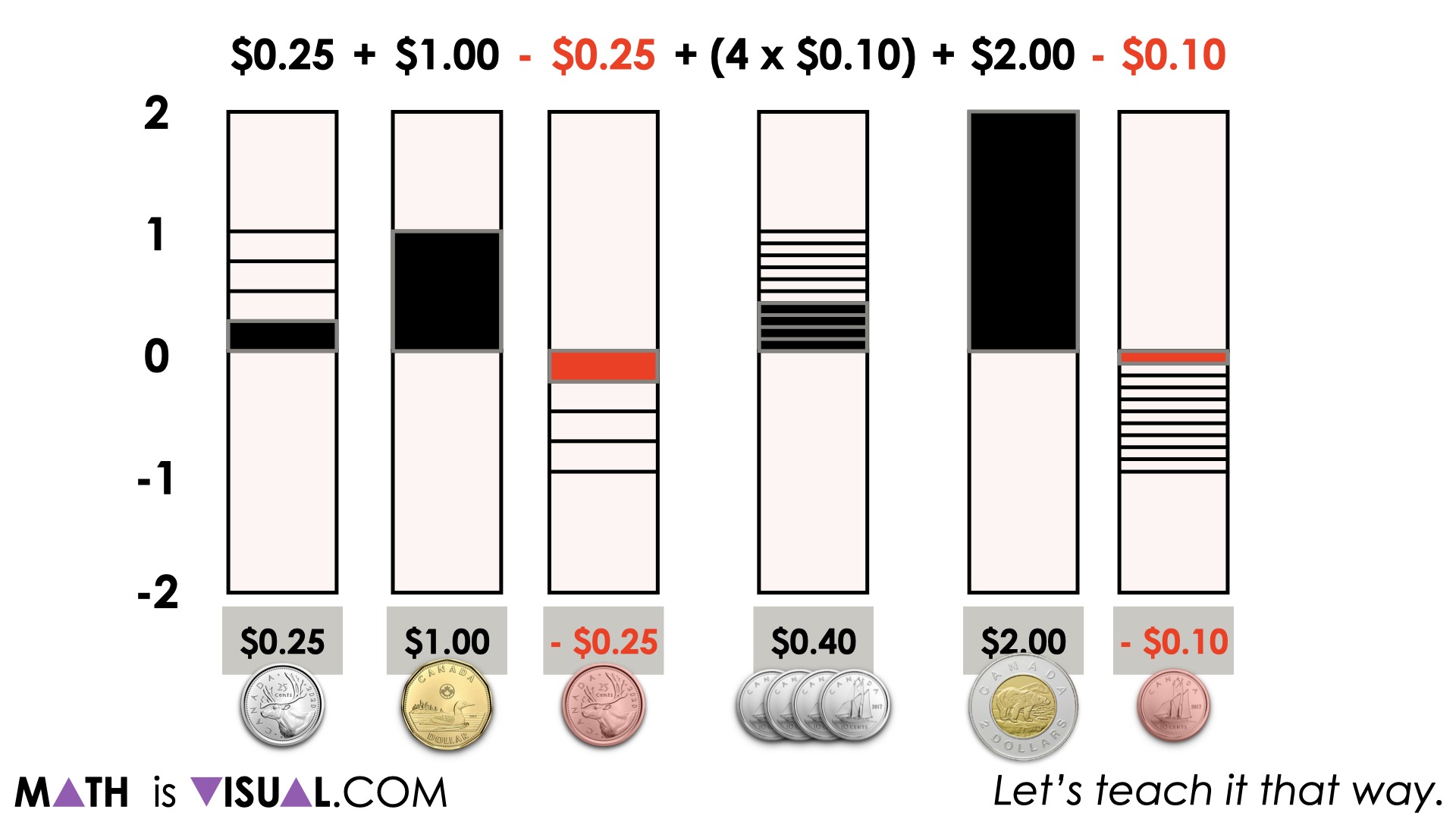 Be sure to highlight the partitions that were used to represent the different quantities (fourths/quarters of a dollar for quarters, tenths for dimes, etc.). 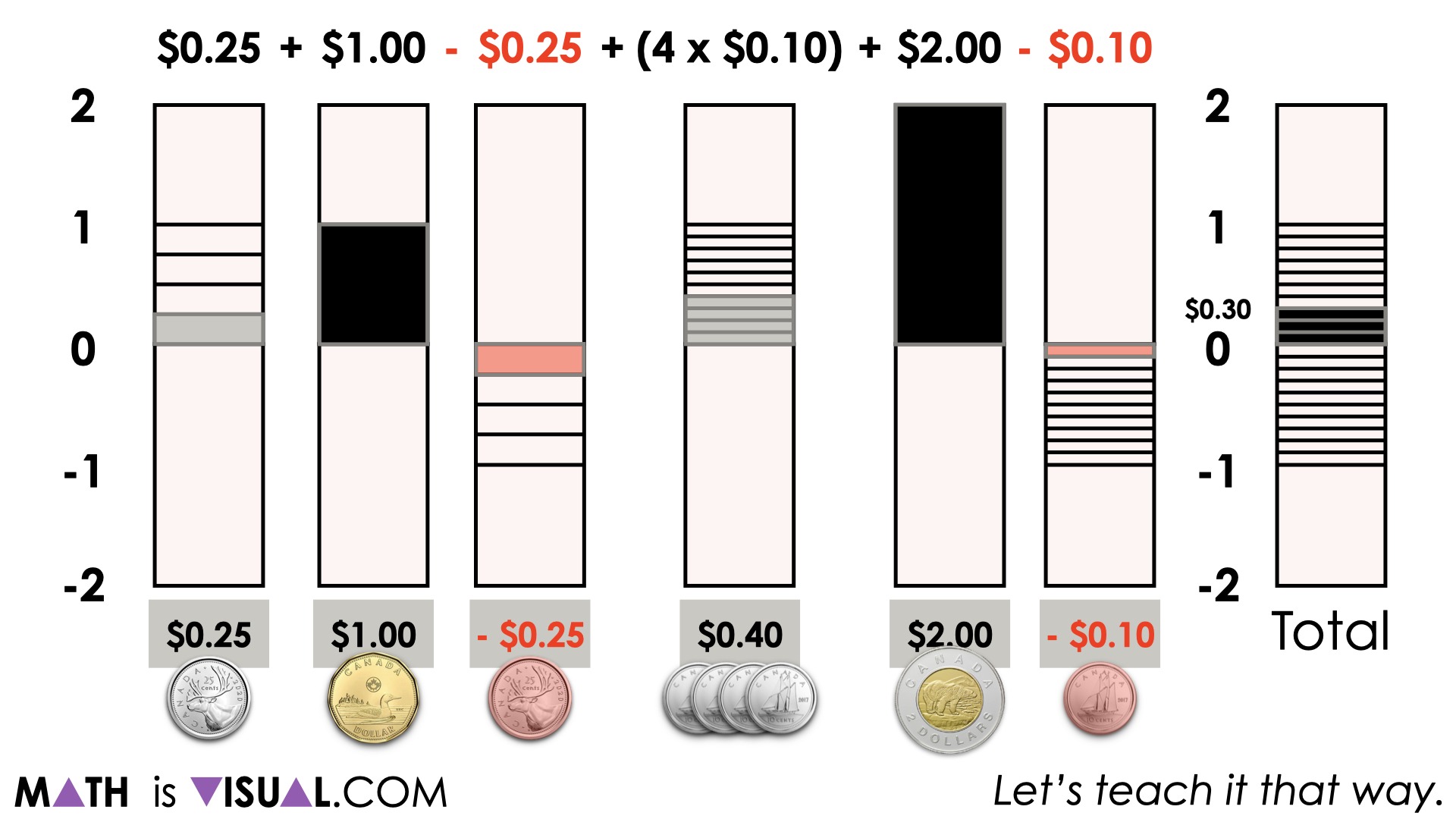 When some students choose to add different quantities (or coins) first, it can be helpful to highlight the use of the commutative property of addition and subtraction being helpful here. 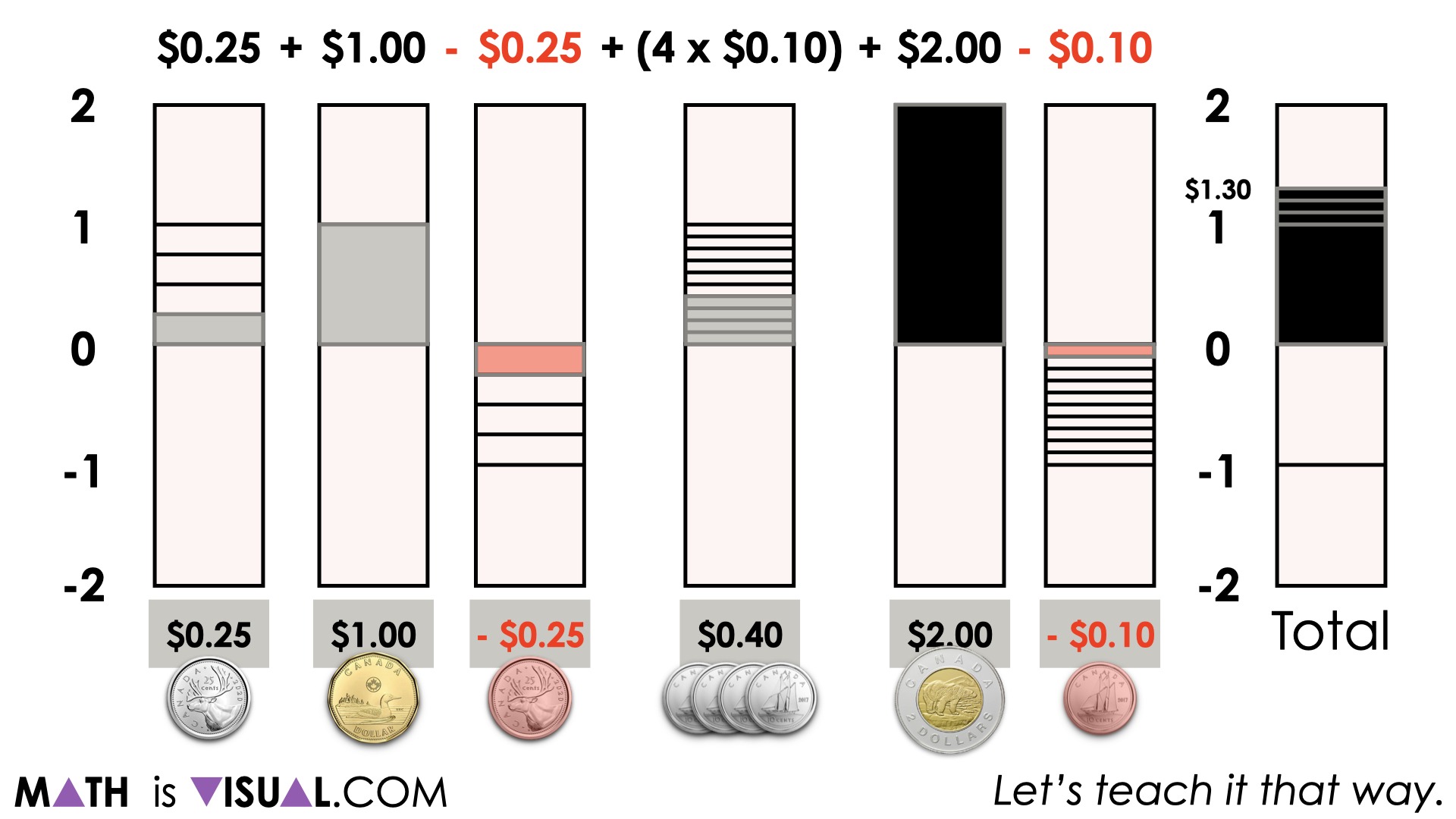 After cancelling out quantities by leveraging the zero principle, we can then begin adding other quantities to determine our sum.

Dig into the first few days of the Piggy Bank problem based math unit so that you can build the money model with your students.

We also have a huge selection of contextual 3-act math style lessons from the Make Math Moments Problem Based Units page that are worth checking out.