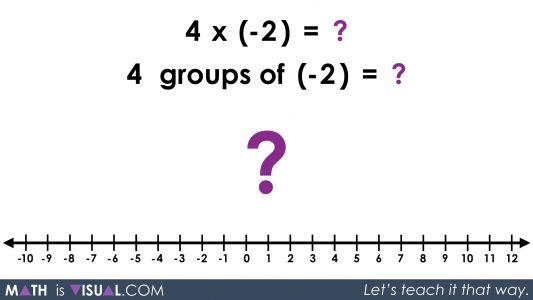 In the video above, we start with whole number multiplication as a low floor start:

The viewer should be comfortable with multiplying and representing multiplication with arrays in order to do this entire activity: 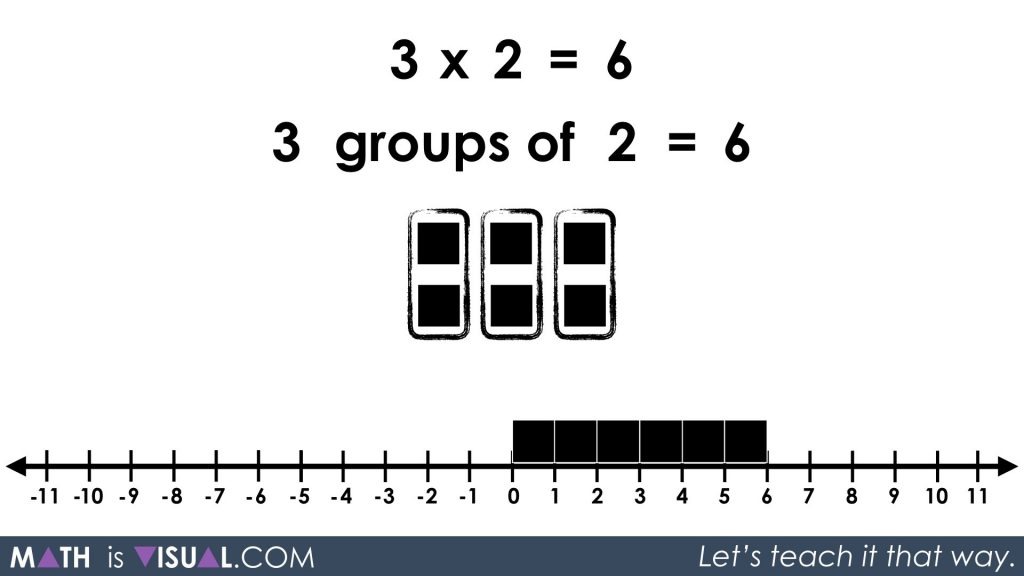 In the second visual prompt, pause the video at this frame where the viewers are given an opportunity to again show their understanding of multiplication using arrays and number lines: 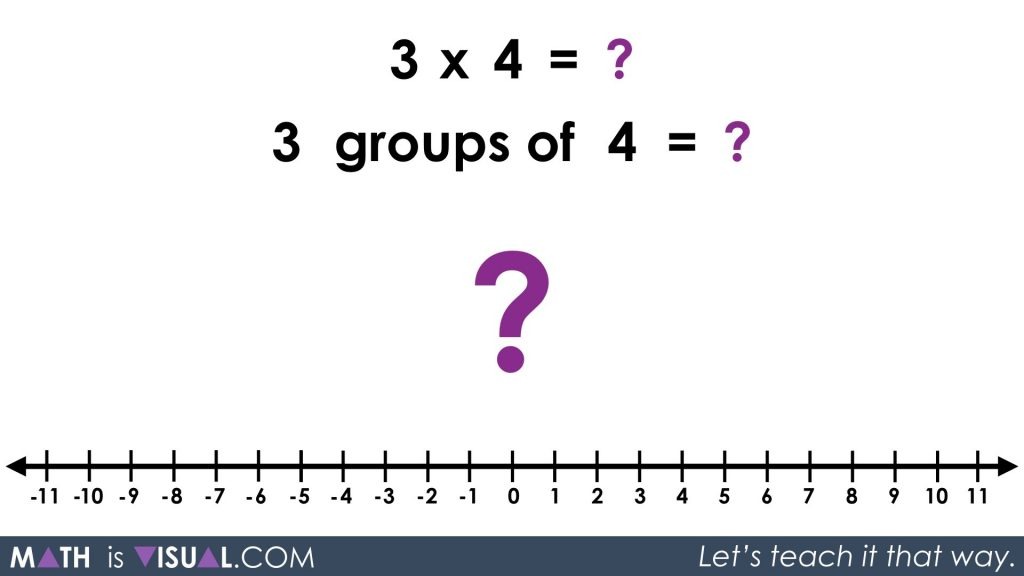 The following frames animate the solution: 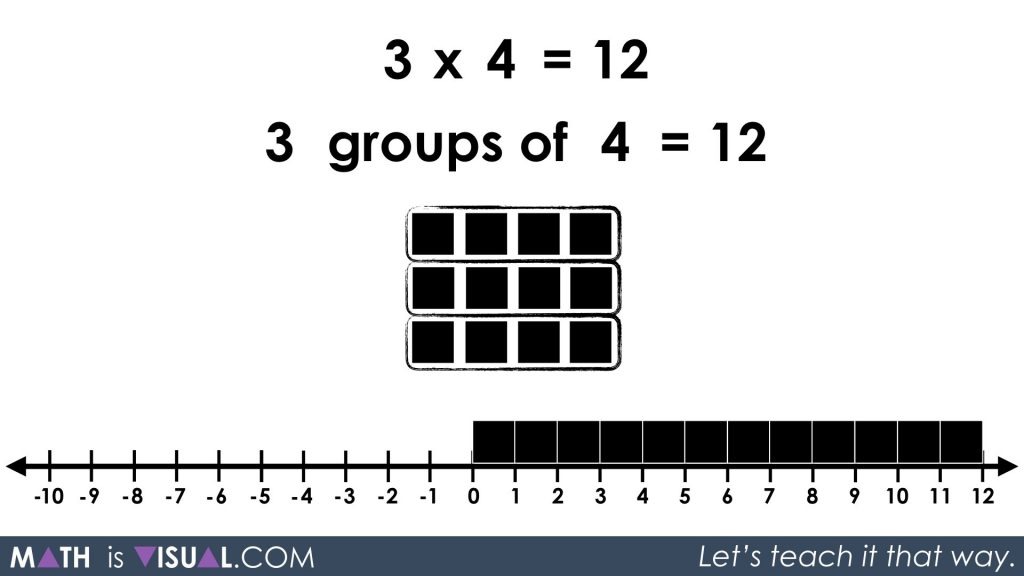 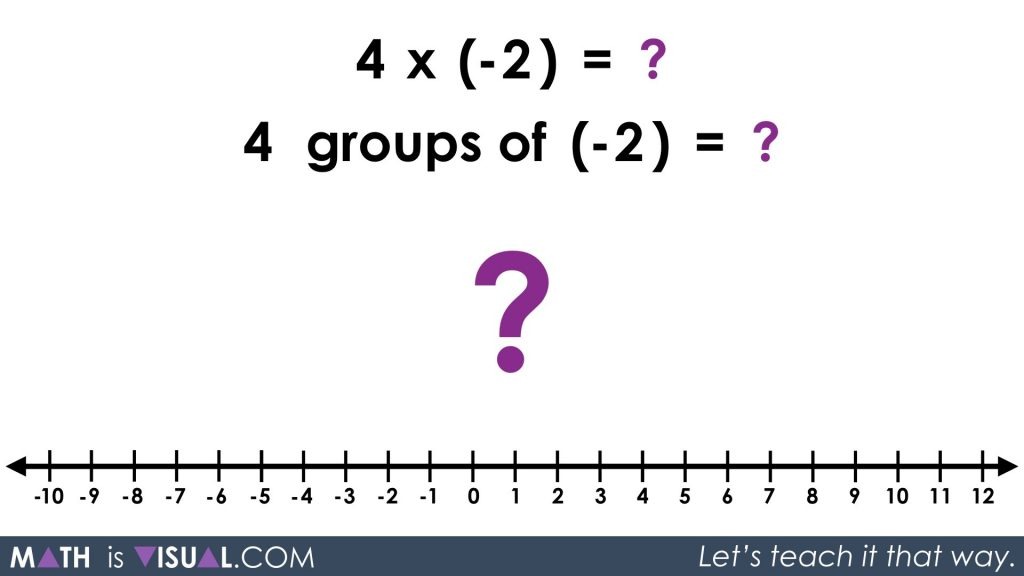 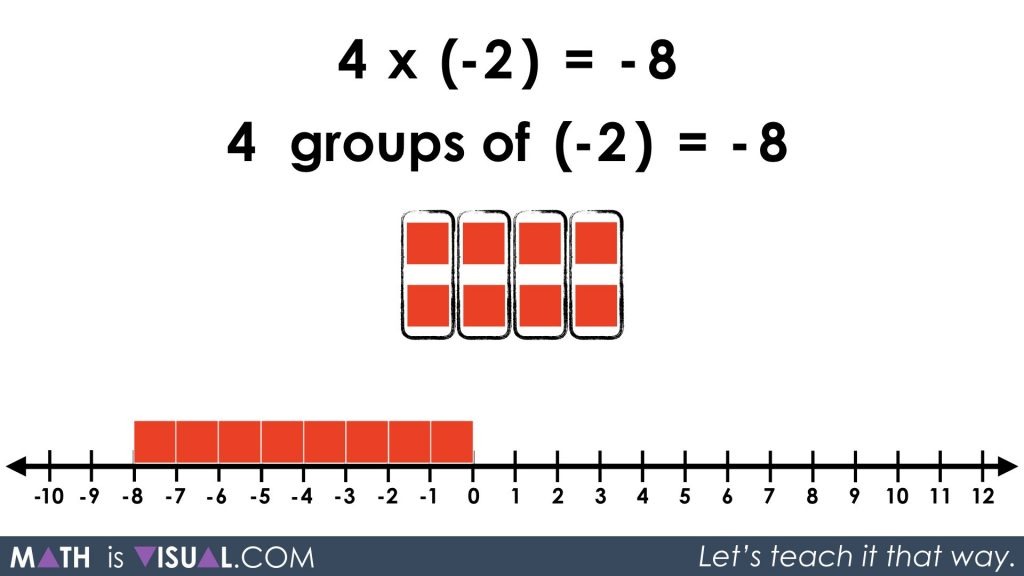 Viewers are then given another opportunity to work with multiplying a positive by a negative:

Then, you can show the animated solution: 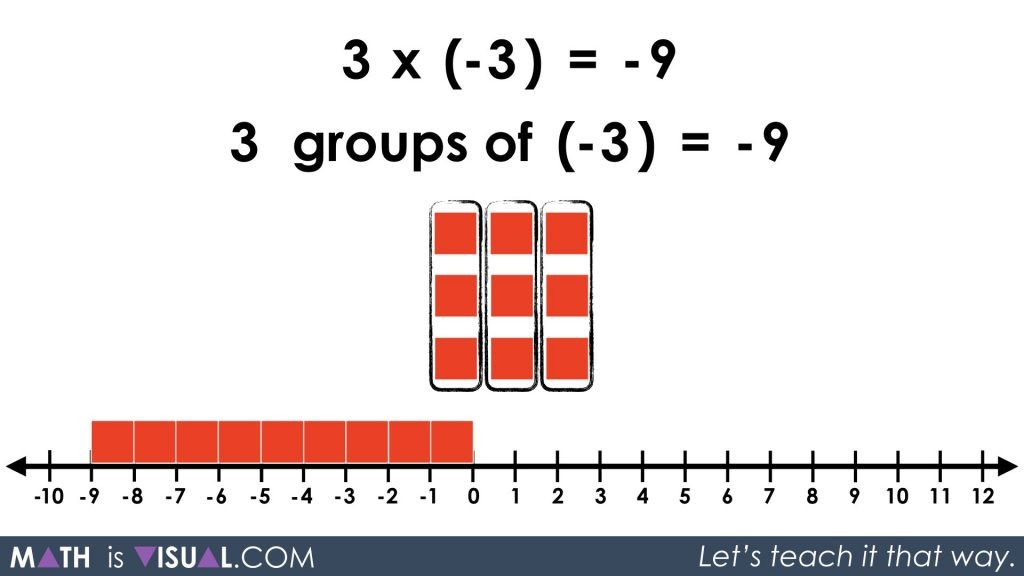 Now, present the viewer with an opportunity to tinker with what negative groups means:

The goal here is for students to gain an understanding that -2 x 5 is the same as subtracting 2 groups of 5. 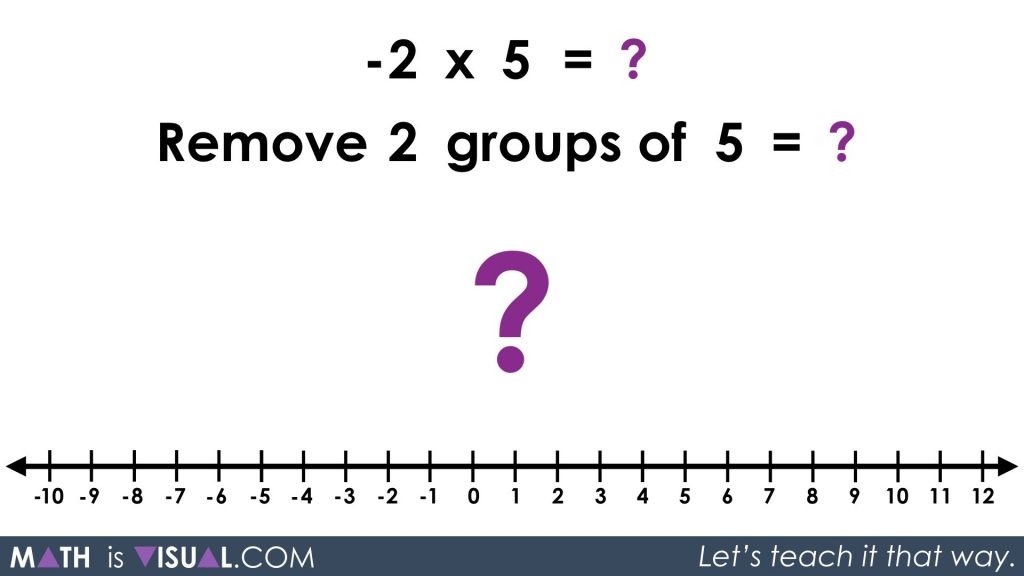 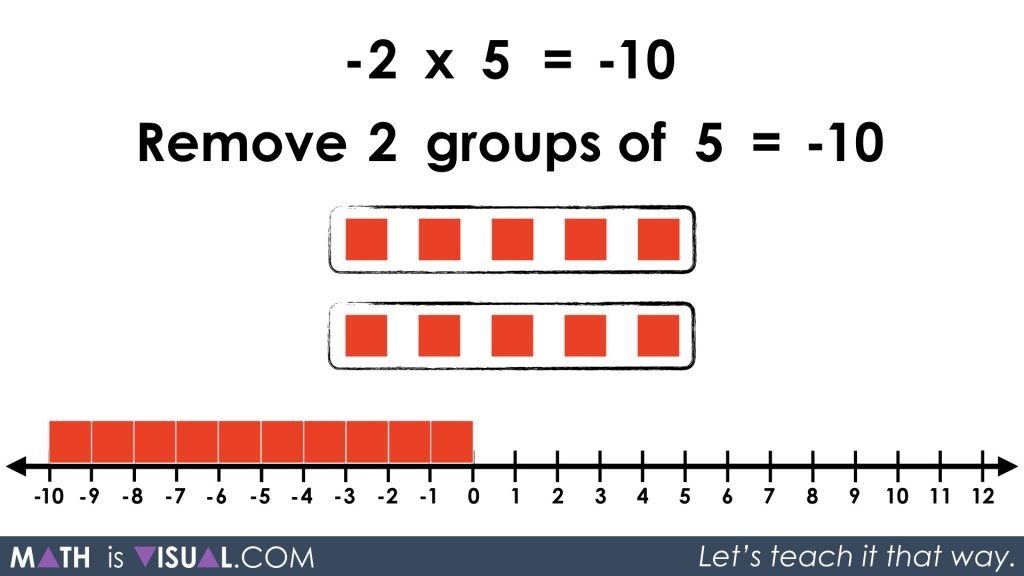 Here’s another opportunity for the viewer to tinker with this idea: 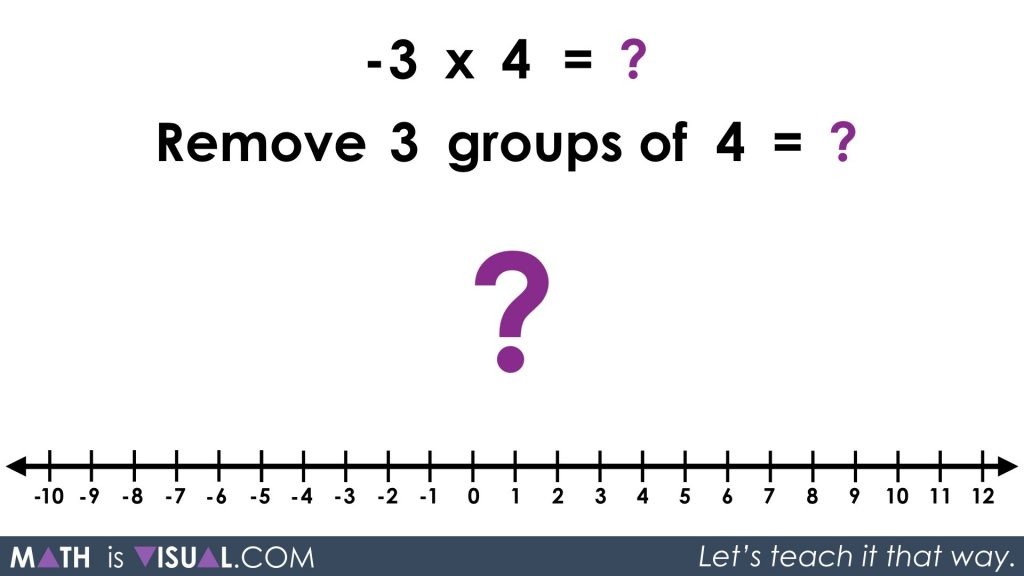 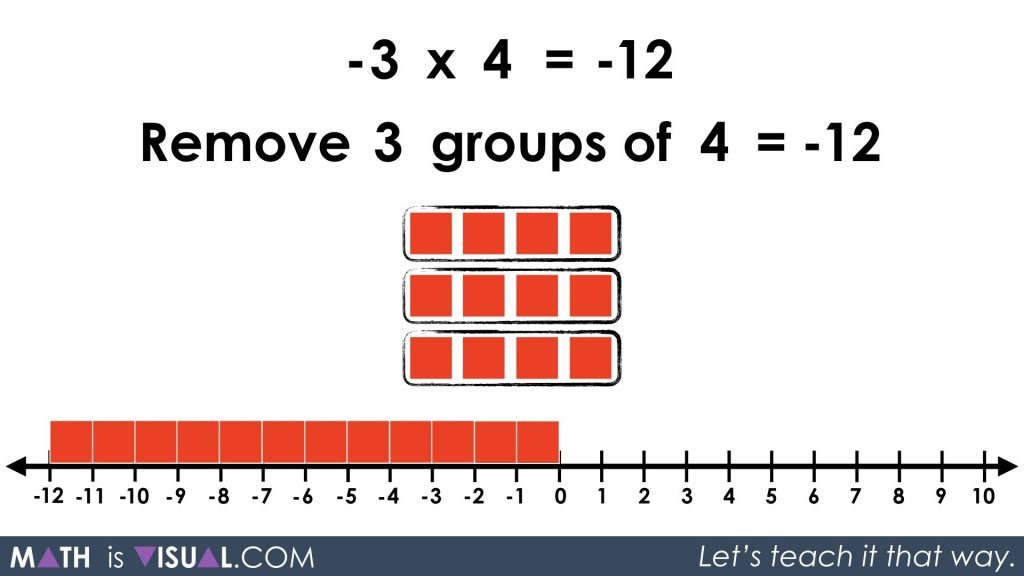 Then, we move on to the least intuitive of them all. Multiplying a negative by a negative: 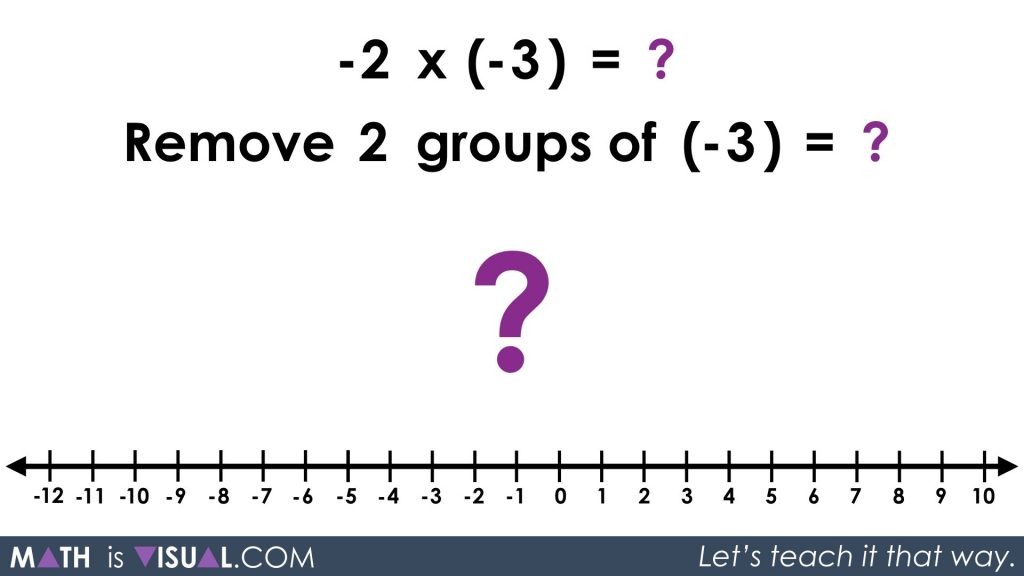 Again, we will use the zero principle, except this time we are removing 2 groups of -3 which will leave 2 groups of positive 3 or 6. 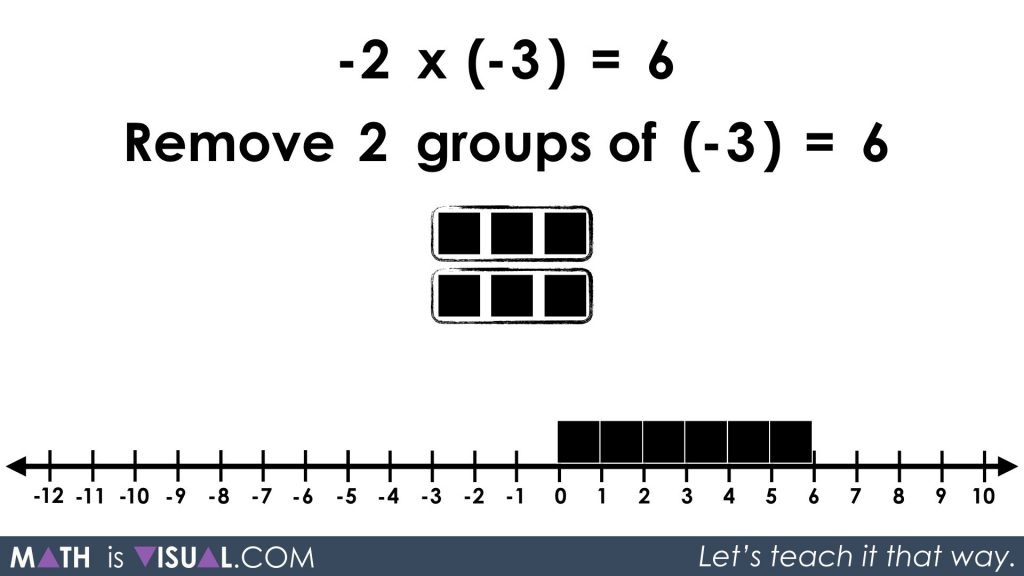 Finally, the viewer is given an opportunity to try multiplying a negative by a negative to drive home the point: 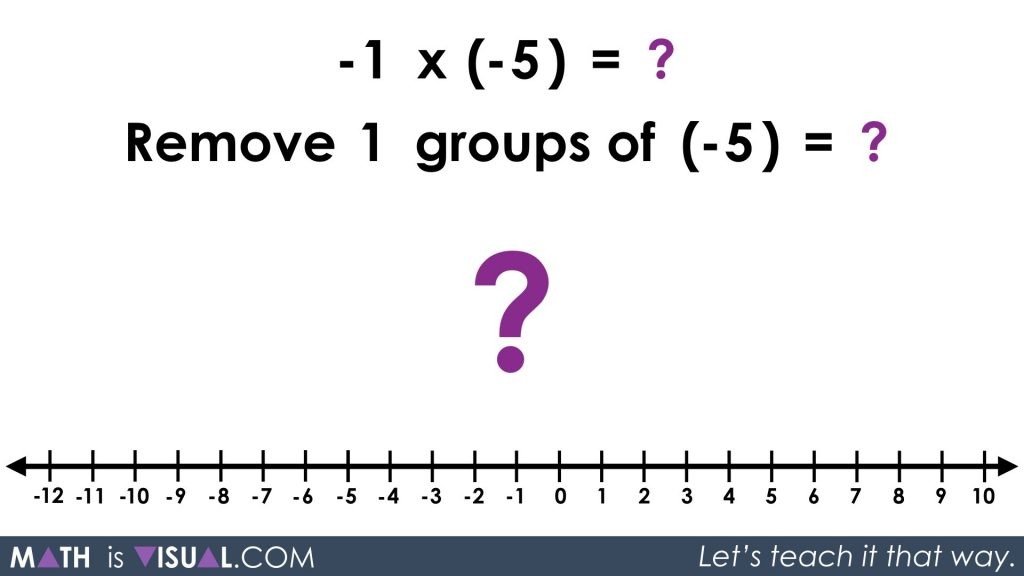 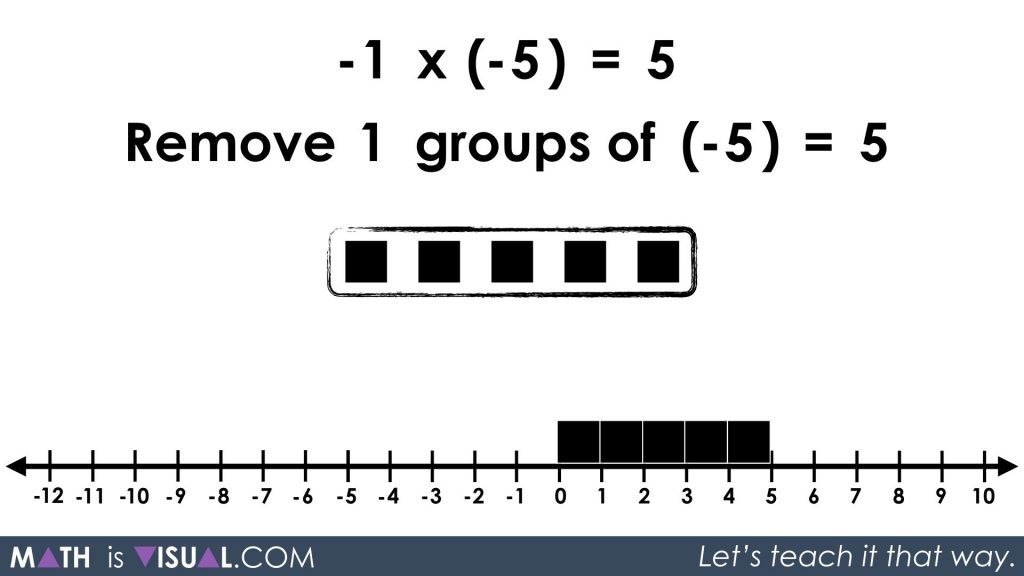