In this visualization video, we re-introduce the zero principle to subtracting positive and negative integers.

Following the introductory revisiting of the zero principle, we introduce the problem: 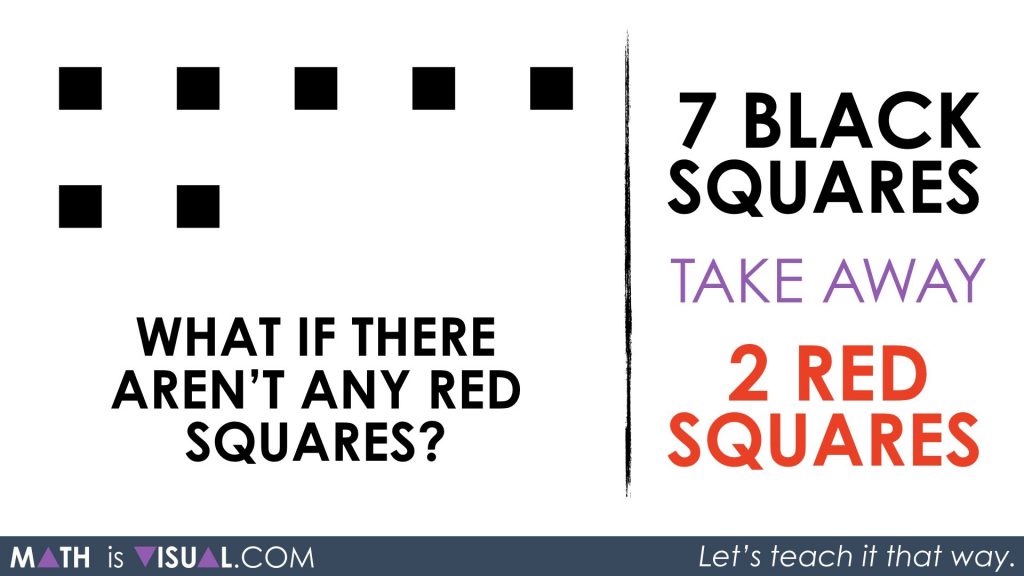 As you can imagine, this is problematic for students as there are no red squares to take away!

What must we do?

If we recall the introduction showing that a black and red square can combine to disappear and also can “re-appear” when we want them to, we could simply add 2 red squares (so we can take them away) and 2 black squares. 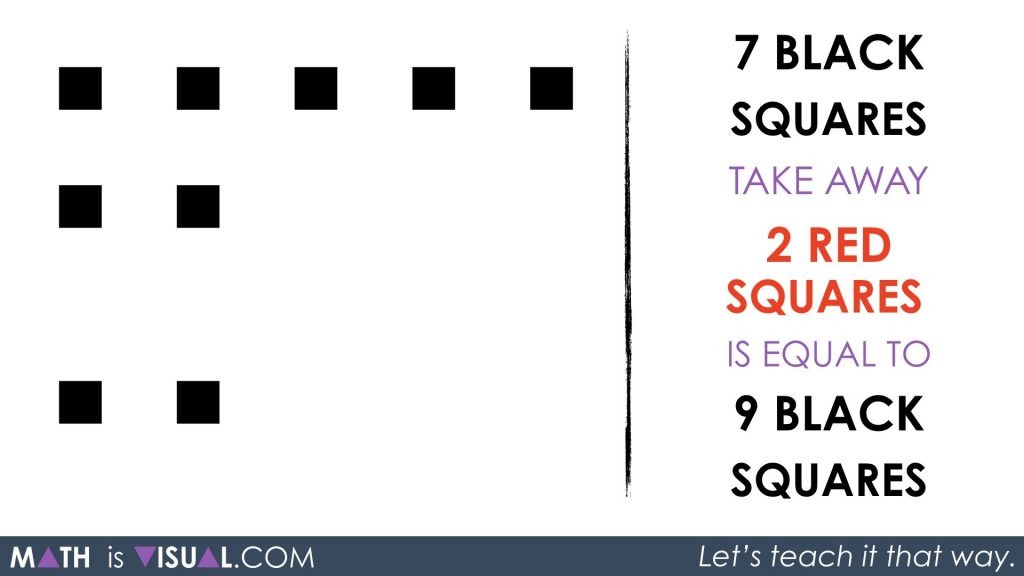 Now, we replace the words with the math symbolic representation as well as re-arrange the squares to look a bit more “pretty” and easier to subitize: 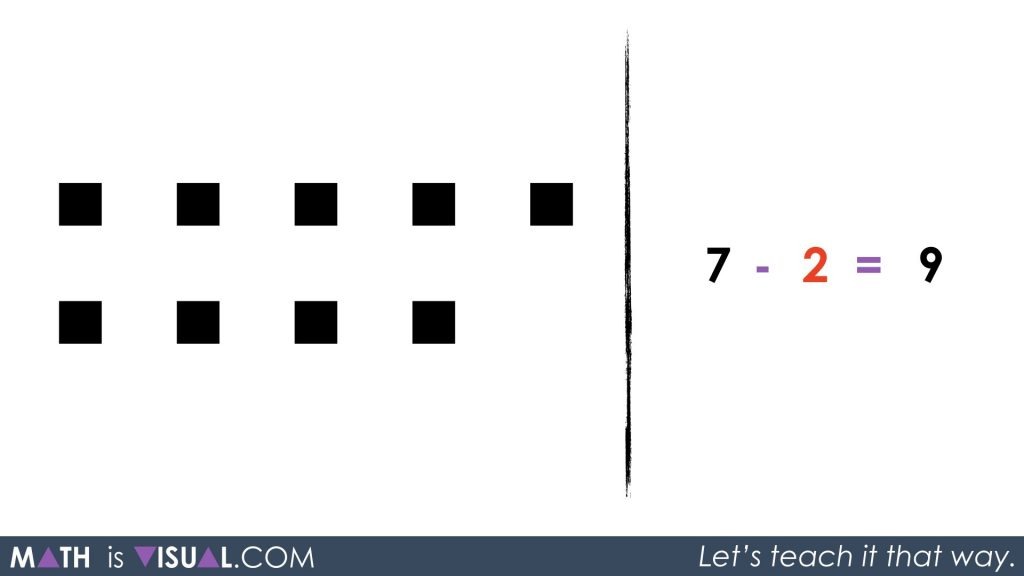 Students are then given the following symbolically to represent concretely and then symbolically, on their own:

Check out the animated video here:

You can also consider using the following visual prompt images below: 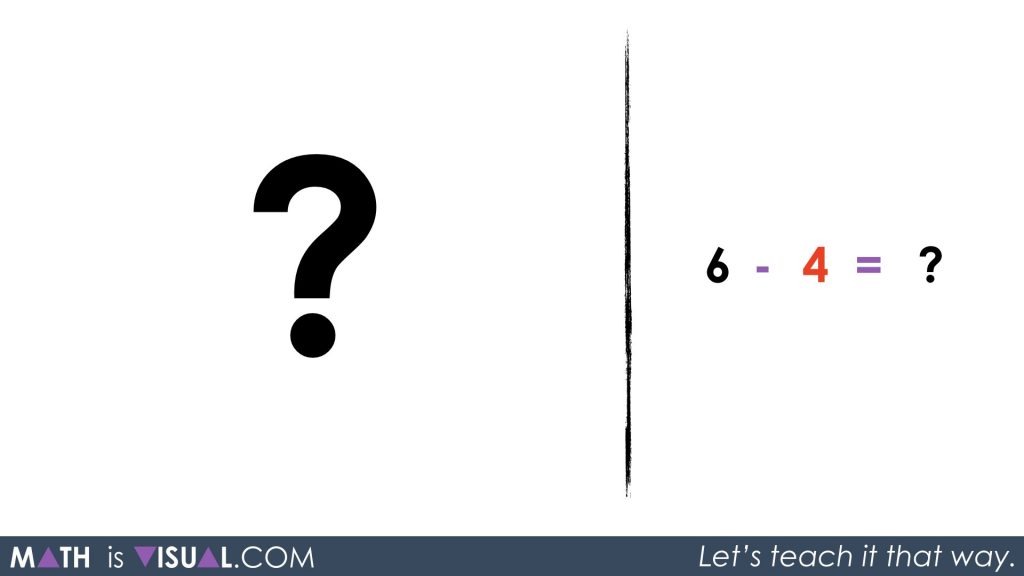 Hopefully, students will recognize that by using the zero principle, we can make 4 red squares appear as long as we also make 4 black squares appear. 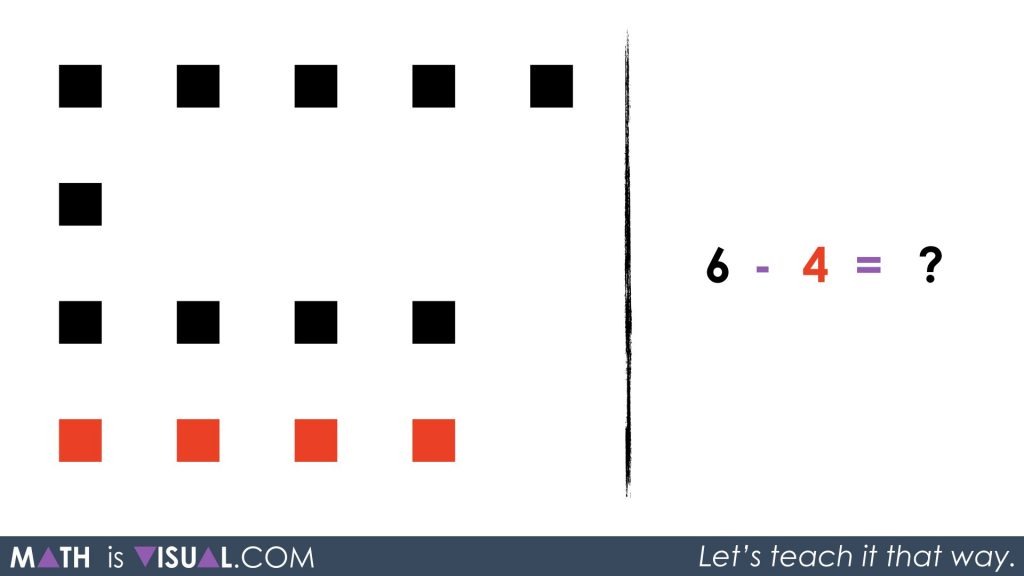 Then, students can “take away” or subtract the 4 red squares and will be left with 10 black. 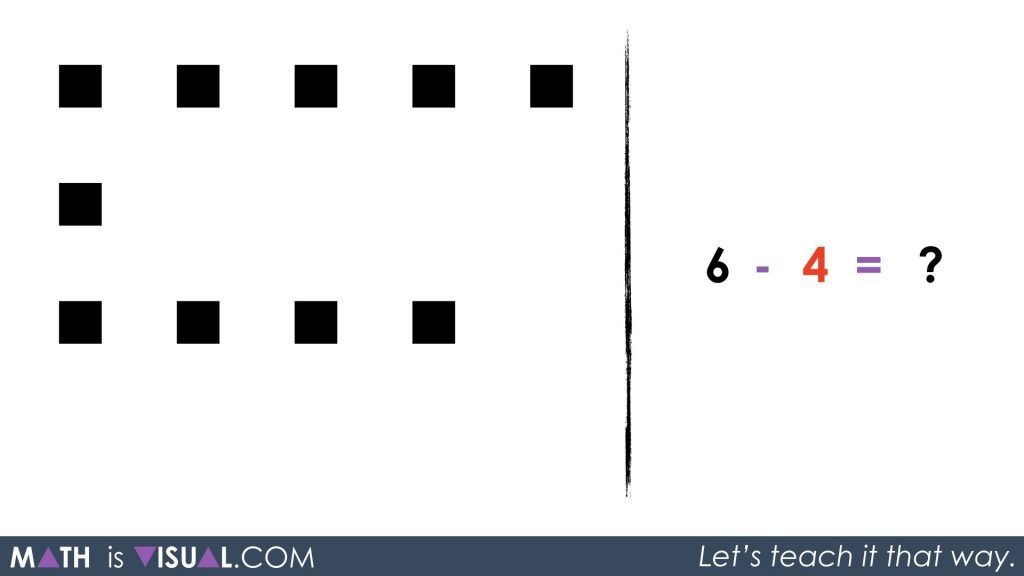 Rearranging the squares might make conceptually subitizing the total a bit easier. 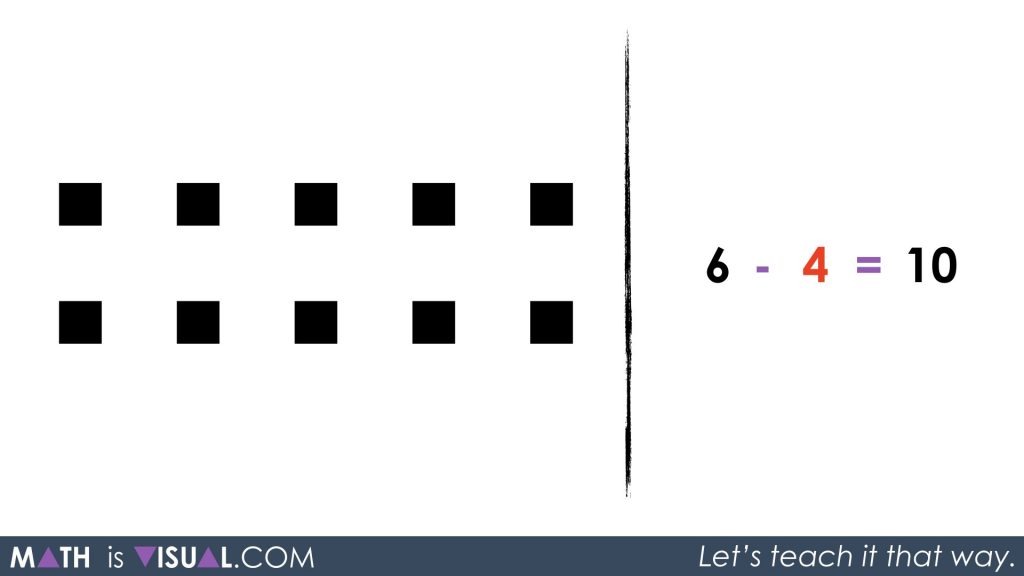 Hope you and your students enjoy this exploration.