Let’s continue our work with number lines and integers. This time, we’ll focus specifically on integer subtraction. The number line is a great tool to help us find solutions to problems as well as a great way to organize and represent our thinking.

The video shown at the top of the post has the entire visual progression of integer subtraction using number lines. However, I have chunked the video into smaller pieces below which might be more useful when actually using with your students or your children at home.

The first visual video prompt has 6 black squares and the viewer is asked to take away 3 red squares. 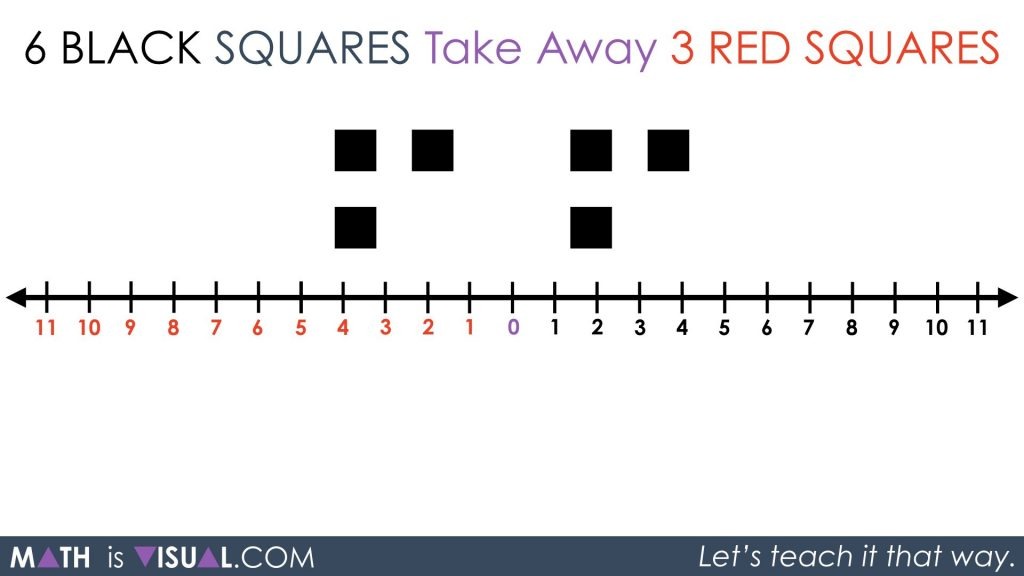 As we saw in previous integer videos, the viewer should already know that when you combine a black and red square, they disappear. This is an intuitive approach to the zero principle.

Therefore, adding 3 red squares and 3 black squares will introduce enough red squares to be subtracted as the question asks. 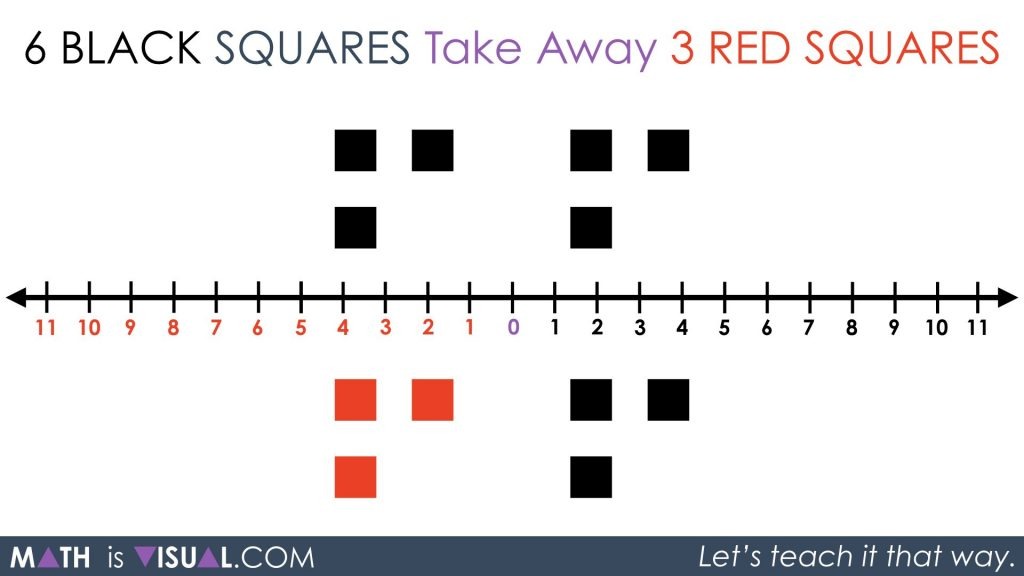 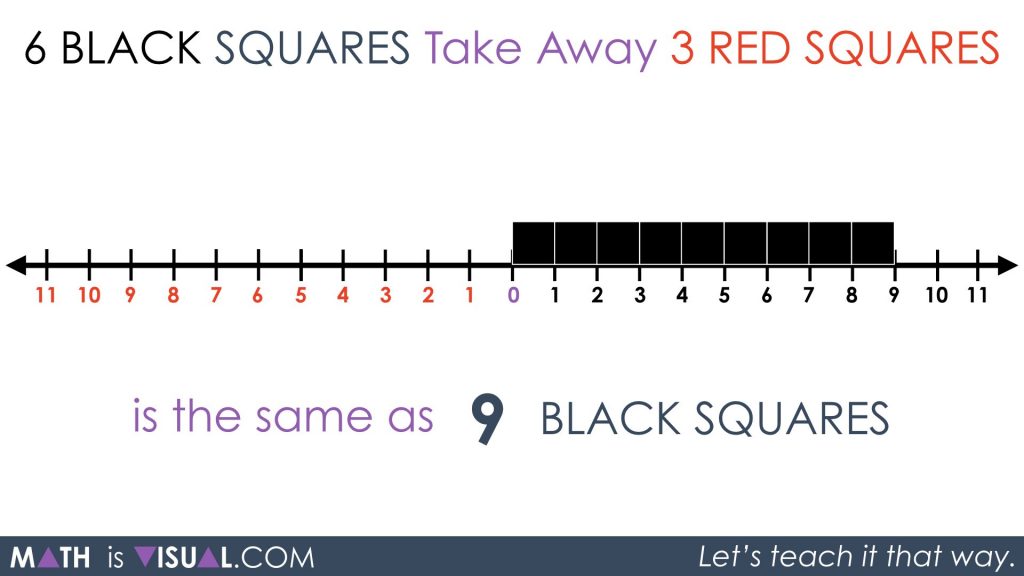 The Act 1 Video shows another example, this time starting with red squares and taking away black squares. 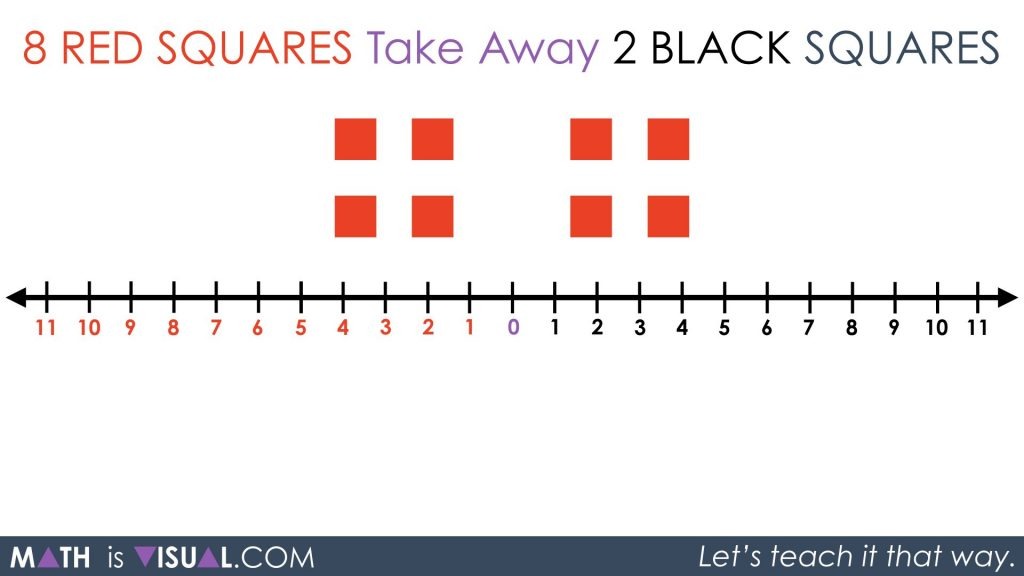 After the viewer is shown how to tackle this visual prompt, a challenge is presented at the end of the Act 1 video as we head closer to the symbolic representation for positive and negative integers: 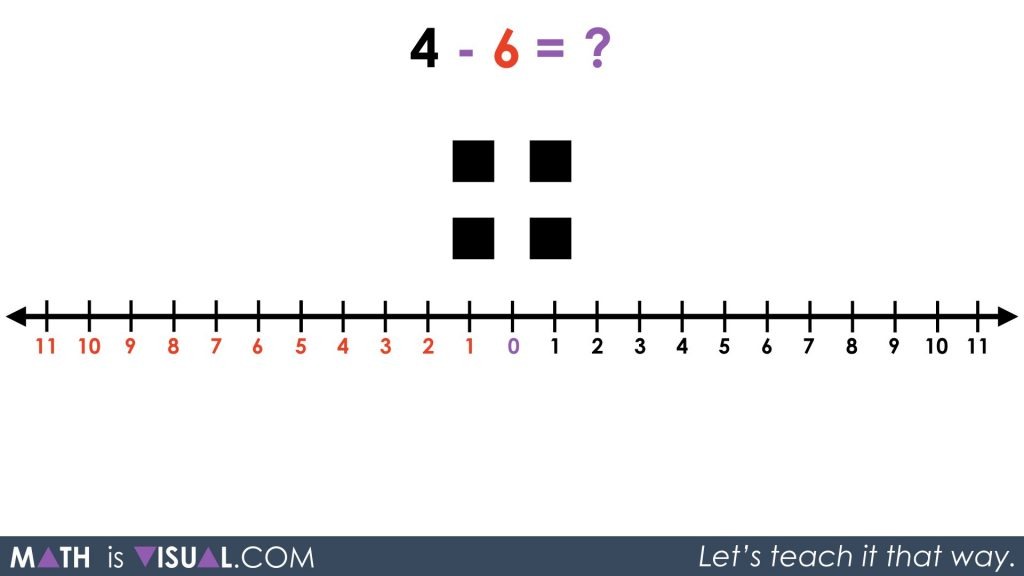 Watch the Act 3 video to see the silent solution of the challenge.

At the end of the Act 3 video, viewers are given a second challenge. 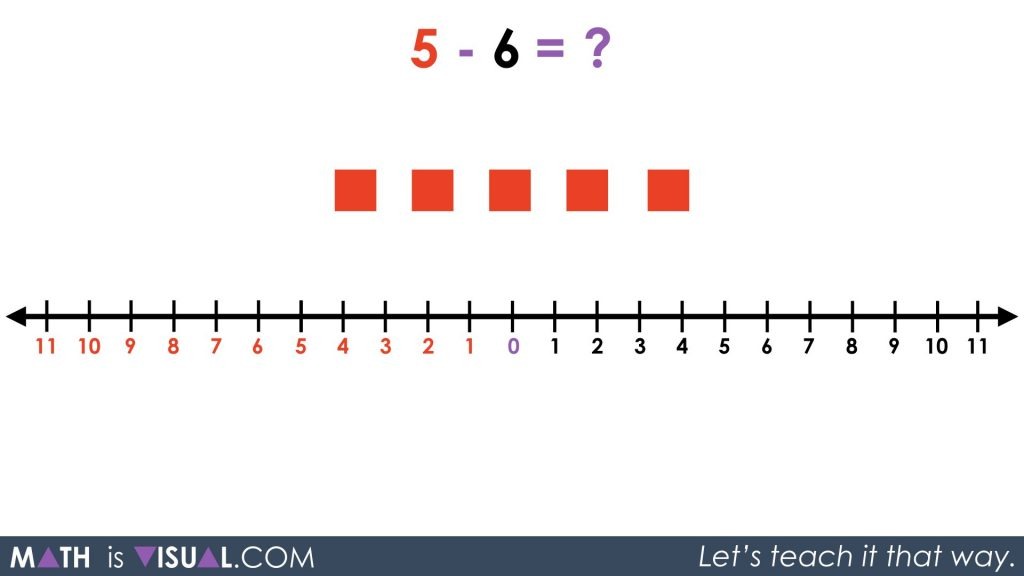