Scaling Ratios As A Composed Unit With Tape Diagrams

Students will reinforce concepts related to ratios and to explore how quantities covary by finding equivalent ratios through scaling in tandem.

The purpose of this set of visual number talk prompts is to consider different ways to describe relationships between quantities, including part-to-part ratios and scaling them as a composed unit.

We hope to develop a deeper understanding of the following big ideas:

This math talk is crafted in a way to foster discussion and the construction of viable arguments. As such, they are open ended and have more than one possible response.

Begin the visual number talk prompt video and be prepared to pause where indicated.

Which lemonade recipe is better? 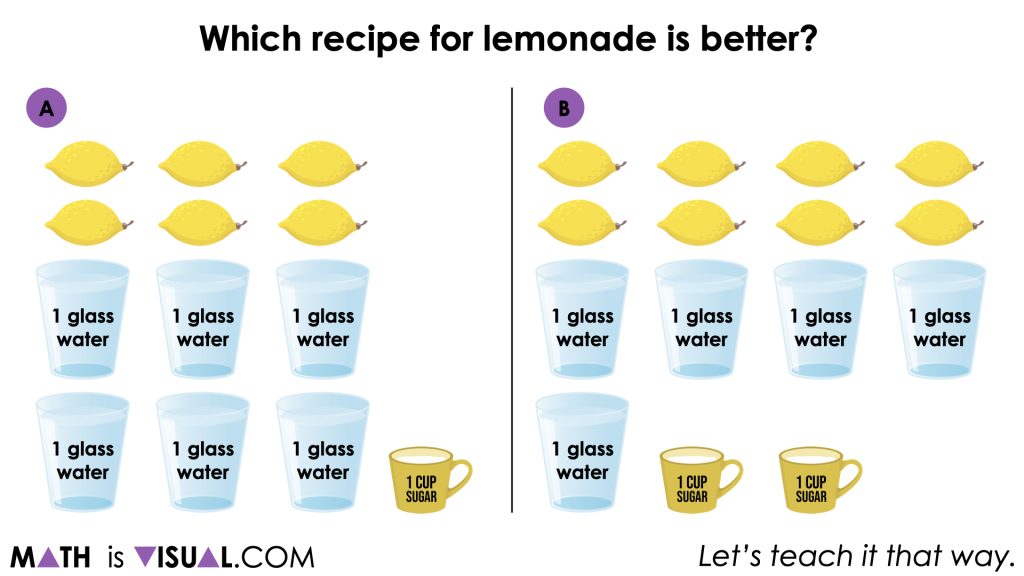 This question is deliberately open ended and may prompt some debate, depending on taste.

Of course, these are just some possible observations and many more ideas may be highlighted by your students.

Next, another prompt will be shared on the screen:

Which recipe is more “lemon-y”?

Which recipe is more “sugar-y”?

How could you convince someone you’re right?

Although there are a number of ways students can go about convincing you of which recipes are more lemon-y or more sugar-y, the use of a tape diagram or number line can be very helpful. 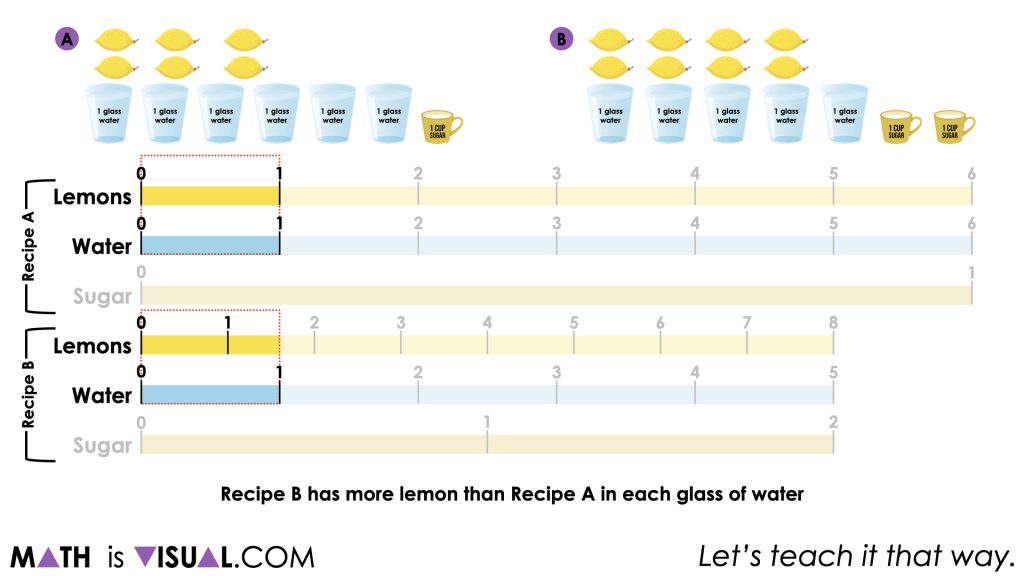 When comparing which recipe is sweeter or more sugary, we can focus on how much sugar is in each recipe as compared to a single glass of water.

Looking on the tape diagram we can also see that recipe B must be more sugary as well. 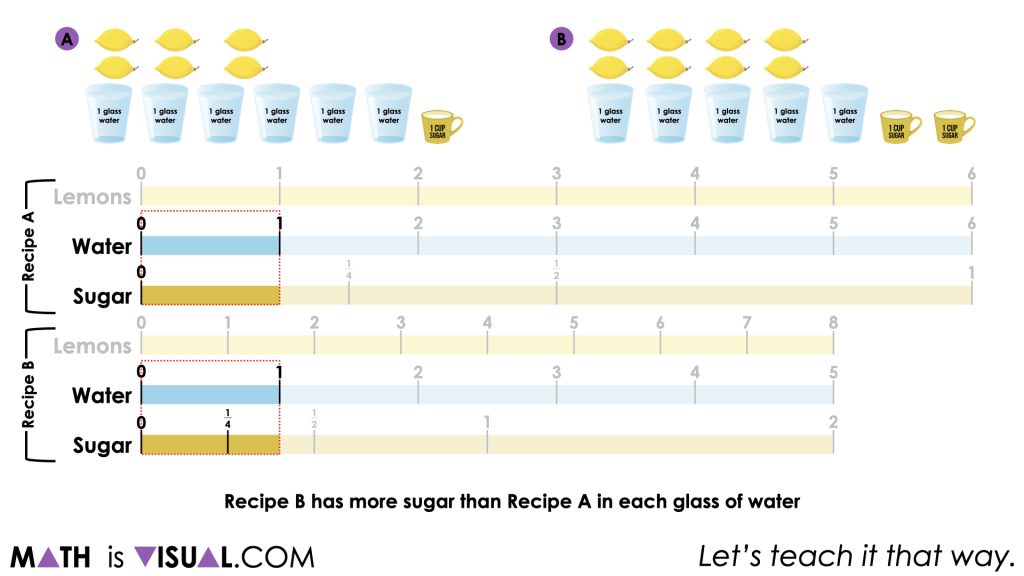 Eight (8) additional number talk prompts are available in Day 4 of the Keep It Up! problem based math unit that you can dive into now.

Why not start from the beginning of this contextual 5-day unit of real world lessons from the Make Math Moments Problem Based Units page?