Students will explore representing, comparing and ordering fractions by partitioning a 0-2 number line.

This set of visual math talk prompts is taken from the Math Talk section of Day 2 in the Make Math Moments Problem Based Unit called Wooly Worm Race. The purpose of the Math Talk is to reinforce key concepts and big ideas from this problem based math unit including:

Learn more about multiplicative thinking, rates, ratios and the roadmap to proportional relationships through our course The Concept Holding Your Students Back or by joining our Make Math Moments Educator Academy.

In today’s visual math talk, students will be asked to represent different fractional amounts on a number line from 0 to 2. The goal of this visual math talk is to build student flexibility and fluency with fractional quantities while also practicing partitioning a linear model.

The prompt for each problem in this visual math talk is:

Where would you place each fractional amount on the number line?

Consider adding context by exploring the first day of the Wooly Worm Race problem based lesson where we can frame the 0 to 2 number line to represent the 2 metre track that the caterpillars would race along during that particular lesson.

Introduce each quantity, one at a time, for students to place on a number line.

Encourage students to draw a new number line from 0 to 2 for each prompt in order to promote additional practice of partitioning as well as to ensure they do not get confused with partitions that were helpful for one prompt, but not so helpful for another.

Three (3) additional visual math prompts as well as modifiable purposeful practice problems shared via Google Docs and/or Microsoft Word can be found in the Teacher Guide from Day 2 of the Wooly Worm Race problem based math unit.

Although you could lead this math talk by orally sharing the context and representing student thinking on a chalkboard/whiteboard, consider leveraging the following visual math talk prompt videos to ensure accessibility for all students. We would recommend that you still model student thinking to ensure student voice is honoured prior to sharing the visual silent solution shared in the visual prompt video.

Begin playing the video to share the first visual math talk prompt and be ready to pause the video in order to give students time to think.

The prompts are simple and shared without context, however since this is taken from Day 2 of the Wooly Worm Race problem based math unit, you might consider leveraging the context from the previous day involving caterpillars racing along a 2 metre straight track. In that case, you could verbally share the context using a script such as:

The Wooly Worms are racing in their next competition!

Where on the track from 0 metres to 2 metres did Woolzy finish? 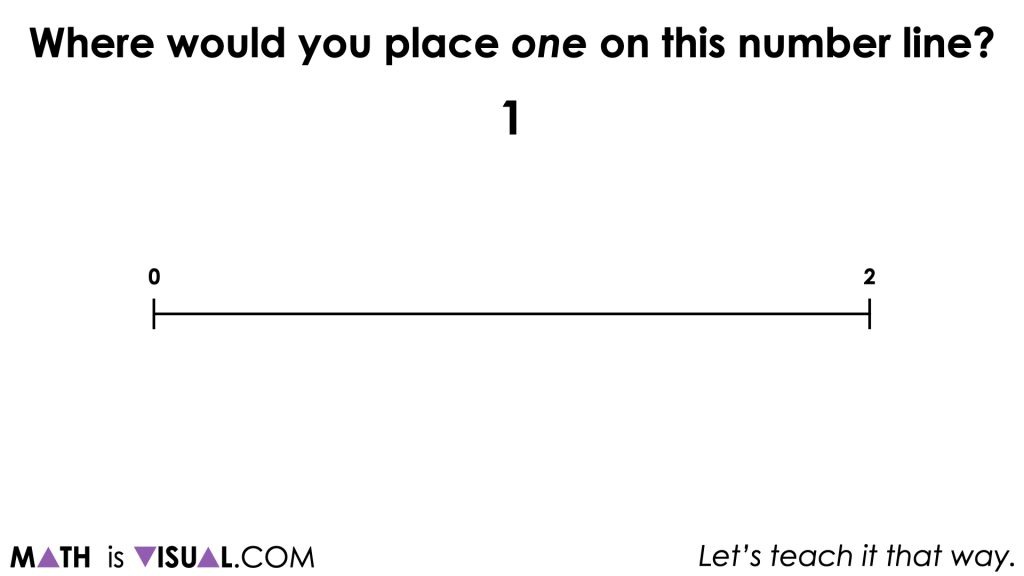 In this first prompt, students will likely have no problem partitioning the 0 to 2 number line into two parts and indicating a value of 1 at the halfway point. 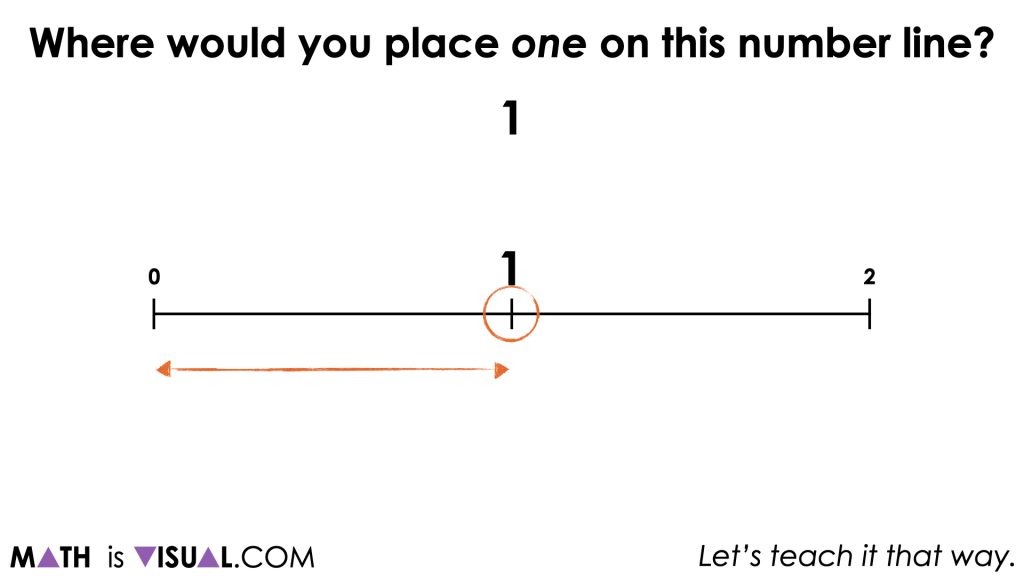 Continue playing the video until prompted to pause and consider leveraging the Wooly Worm context describing where the second caterpillar finished the race at the 1 half metre mark. 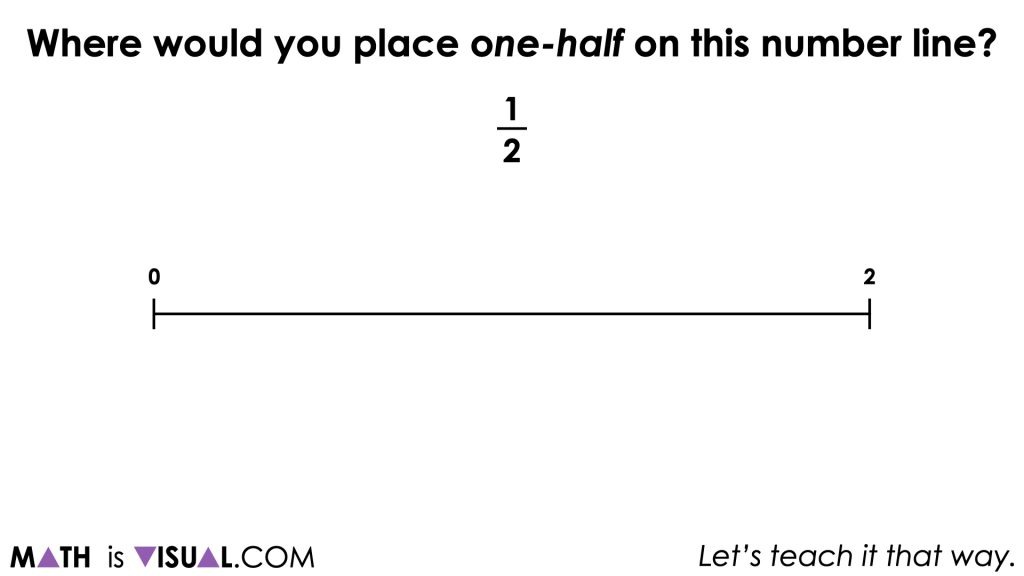 Encouraging students to draw another number line rather than simply building on the first number line will give them the opportunity to (likely) partition the number line in half and then partition each half in half. 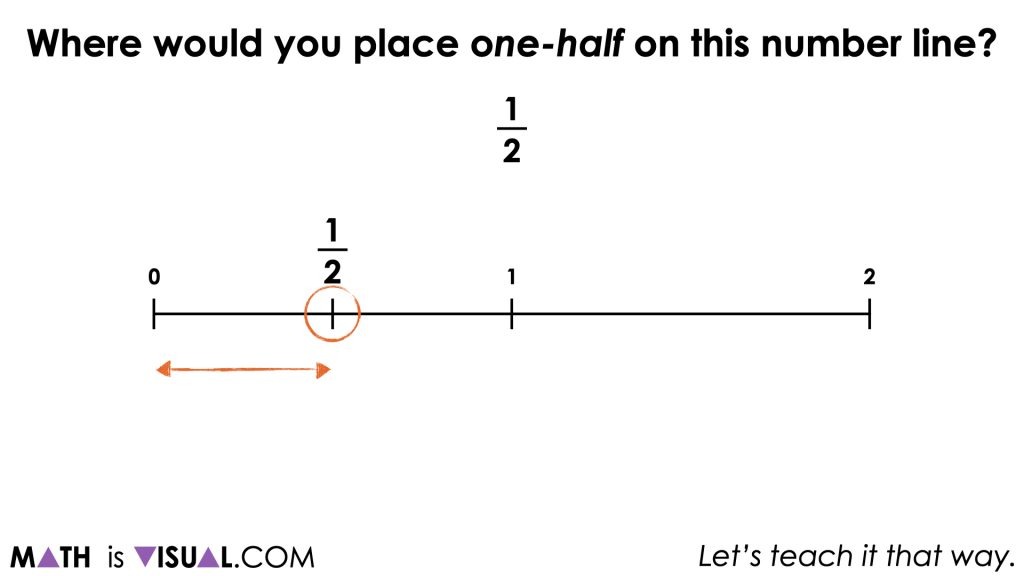 Depending on the readiness of the learners, you might consider mentioning that we have essentially taken one half of one half which can be written symbolically as ½ x ½ to emerge the idea of multiplying fractions.

Show where the third caterpillar finished the race at the ¼ metre mark on the 2 metre long track. 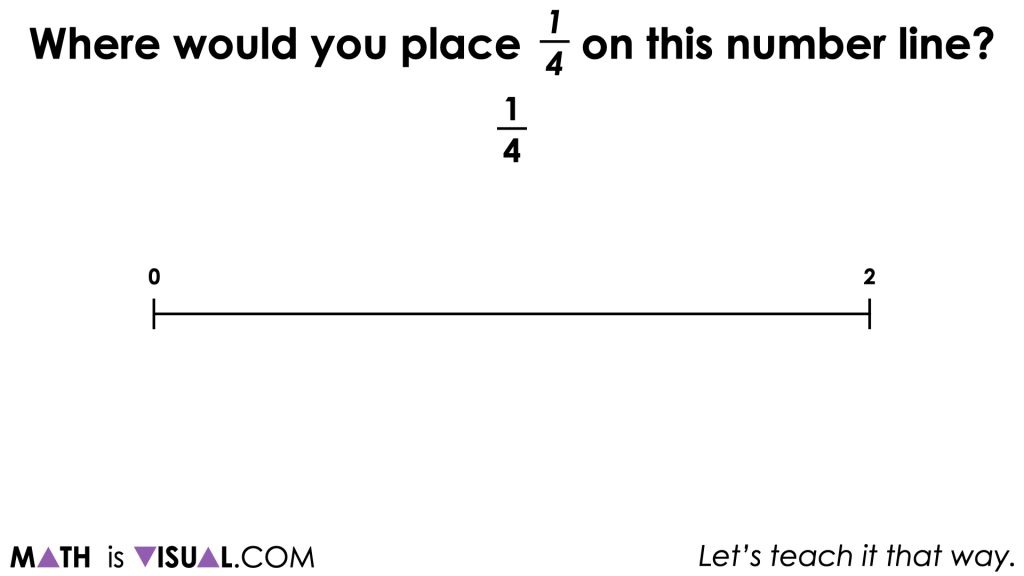 Again, it is nice to encourage students to draw another number line for this prompt, however they can ultimately decide how they choose to model their thinking. 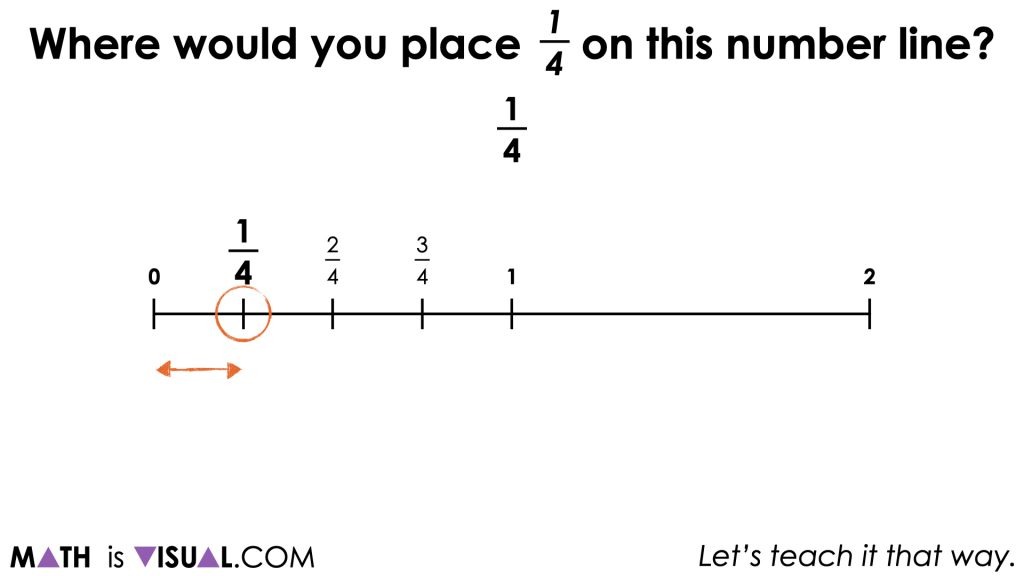 Is this symbolic representation a bit of overkill? Absolutely. However, if this helps students better connect multiplying fractions symbolically to the act of partitioning our number line repeatedly, then it could be worth the while.

Show where the third caterpillar finished the race at the ⅛  metre mark on the 2 metre long track. 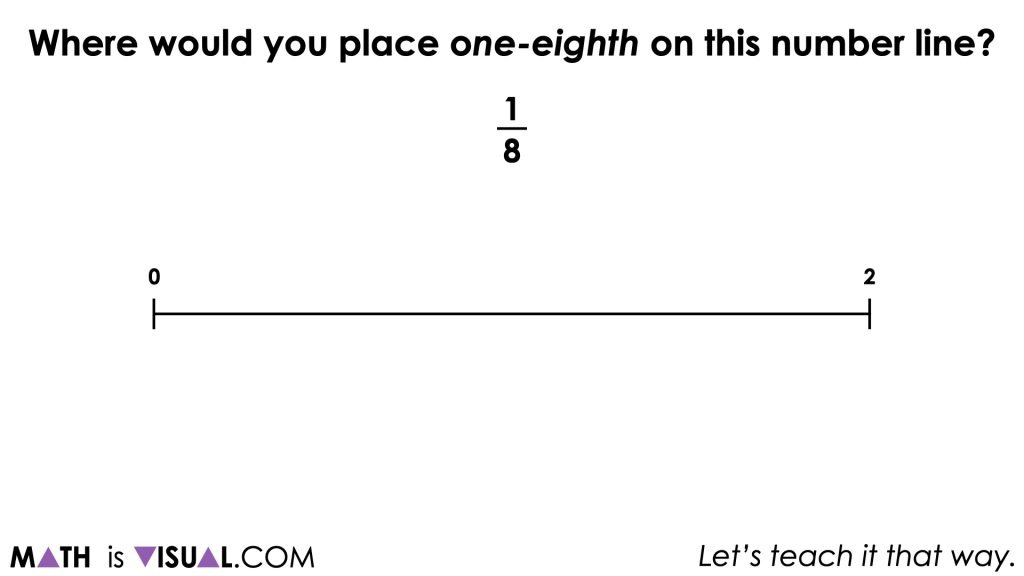 Again, we are going to be encouraging students to use a new 0 to 2 number line and begin the process of partitioning to determine where 1 eighth would be placed on the number line. 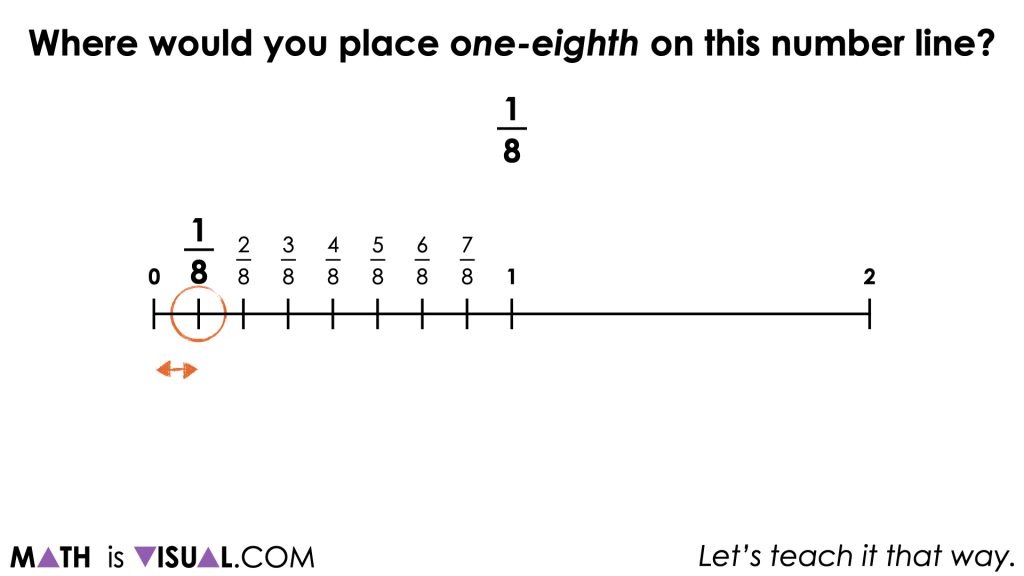 Consider asking students to elaborate on what they have ultimately done to determine 1 eighth of a metre.

Show where the third caterpillar finished the race at the 6/8 metre mark on the 2 metre long track. 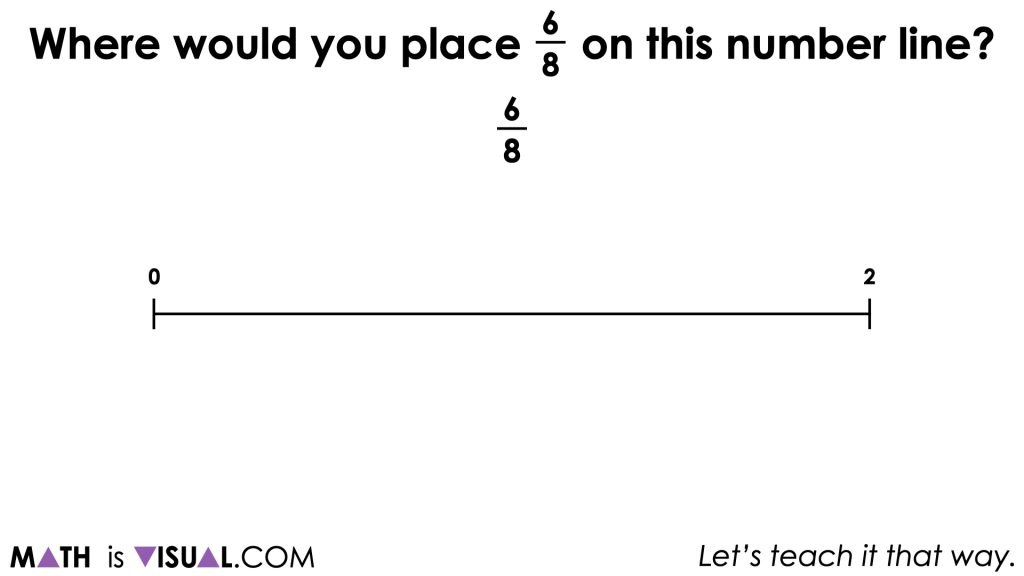 With this particular prompt, you might not require students to re-partition a brand new number line, but rather to articulate where 6 eighths would be placed on the number line. 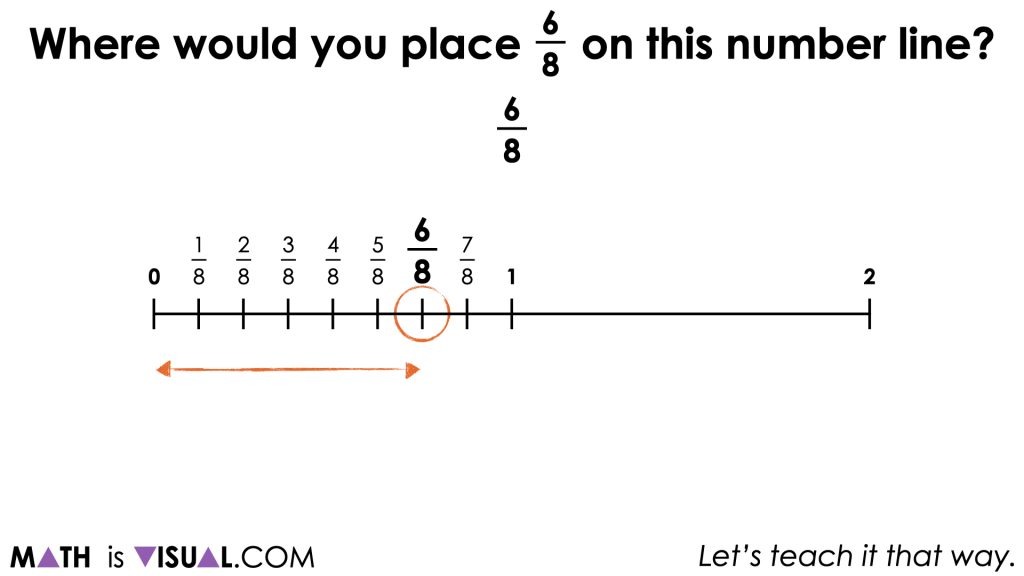 Consider asking students to elaborate on what they have ultimately done to determine how they landed on 6 eighths of a metre.

Are there any other ways that we could represent what was done to partition the line and determine where 6 eighths of a metre would be?

Three (3) additional math talk prompts are available in Day 2 of the Wooly Worm Race problem based math unit that you can dive into now.

Why not start from the beginning of this contextual unit of real world lessons from the Make Math Moments Problem Based Units page?