If you have yet to view those posts, you should definitely go back prior to moving on to ensure that you are ready to grasp our last step in the Division of Integers Series: Positive Number Divided By a Negative Number.

In this video, we will address the division of a positive dividend by a negative divisor first using partitive (or fair share) division, then quotative (or measured) division. The viewer will also be prompted to pause the video and try one their own using concrete manipualtives and/or visuals. 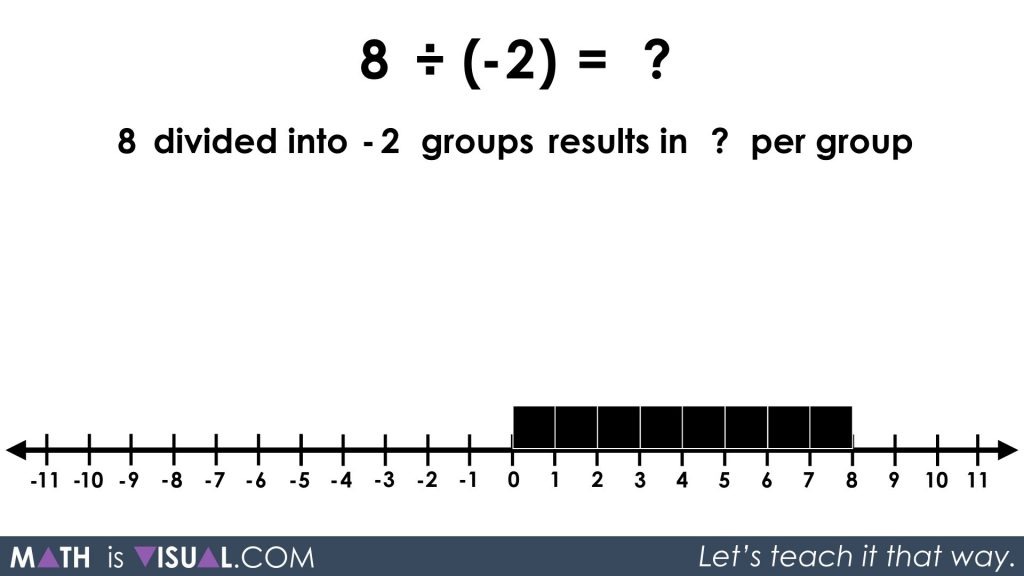 We can approach this using a set or linear model where we are spatially splitting the quantity into 2 equal “negatively charged” groups and counting the number of objects in each group. We can think of this as repeated subtraction if we were to fair share 1 object at a time or 2 objects at a time, up to a quantity that a student is comfortable to subitize quickly for distributing equally to the two groups. 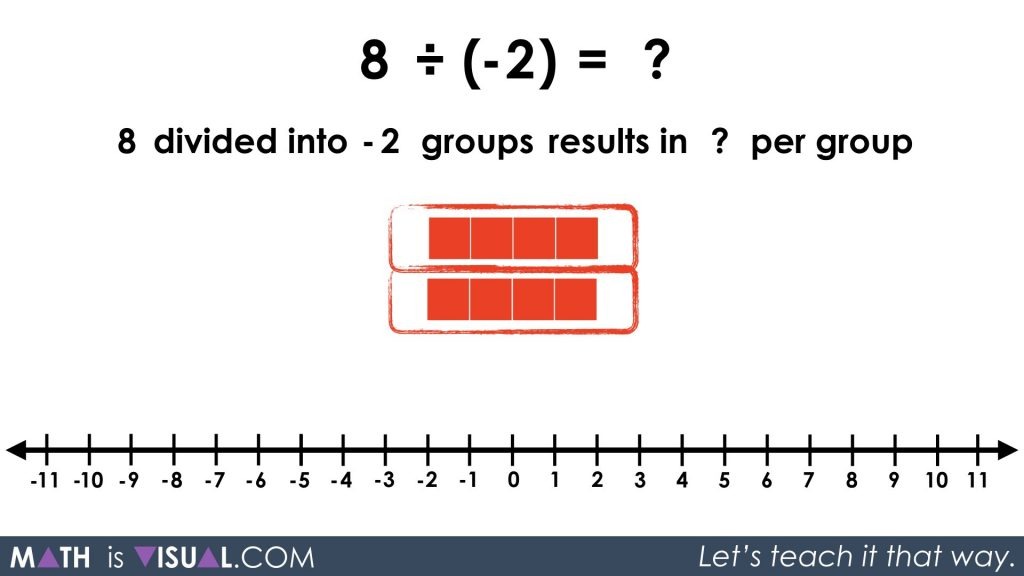 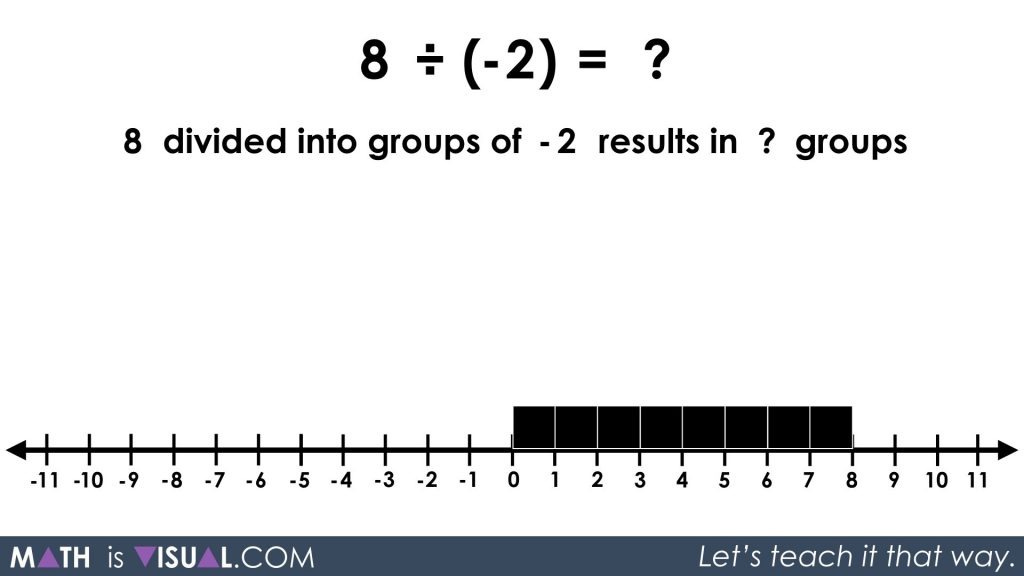 The problem we run into here is that we want to determine how many groups of -2 we can create from 8.

This is a problem because we can’t make any groups of -2 (or so it may seem).

If we determine first how many groups of +2 we can make (4 in total), we can negate the negative of each group by using negatively charged groups: 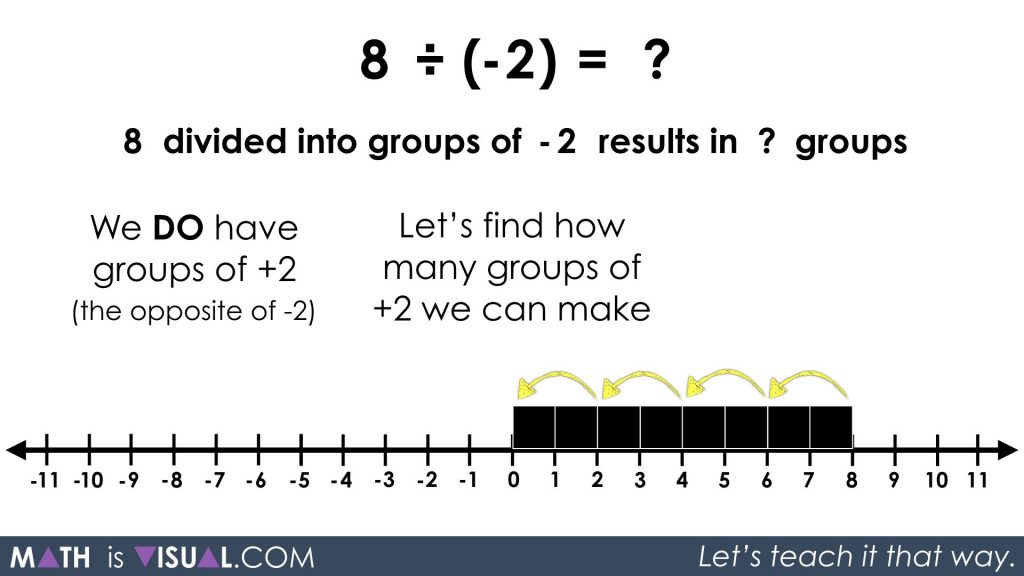 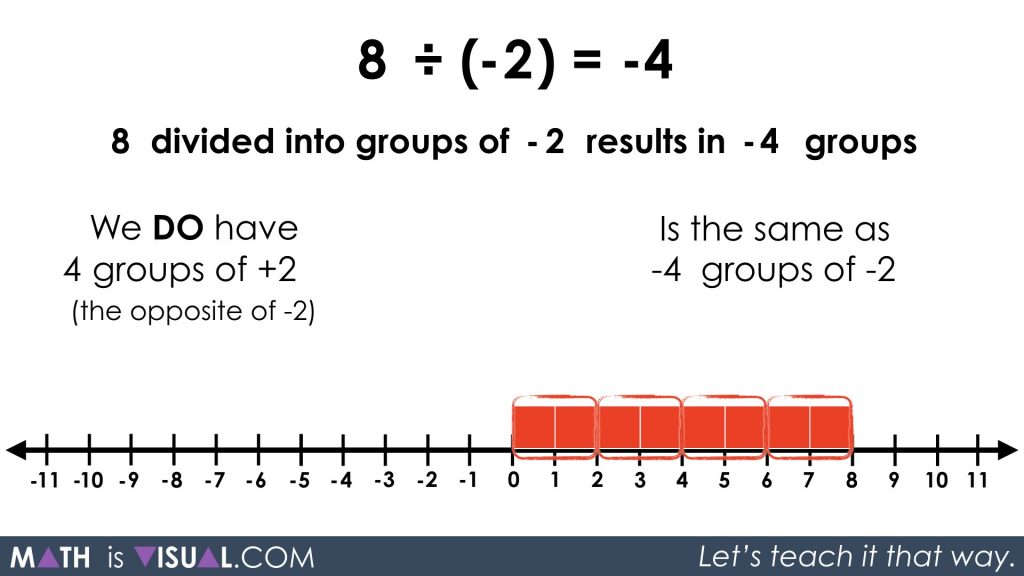 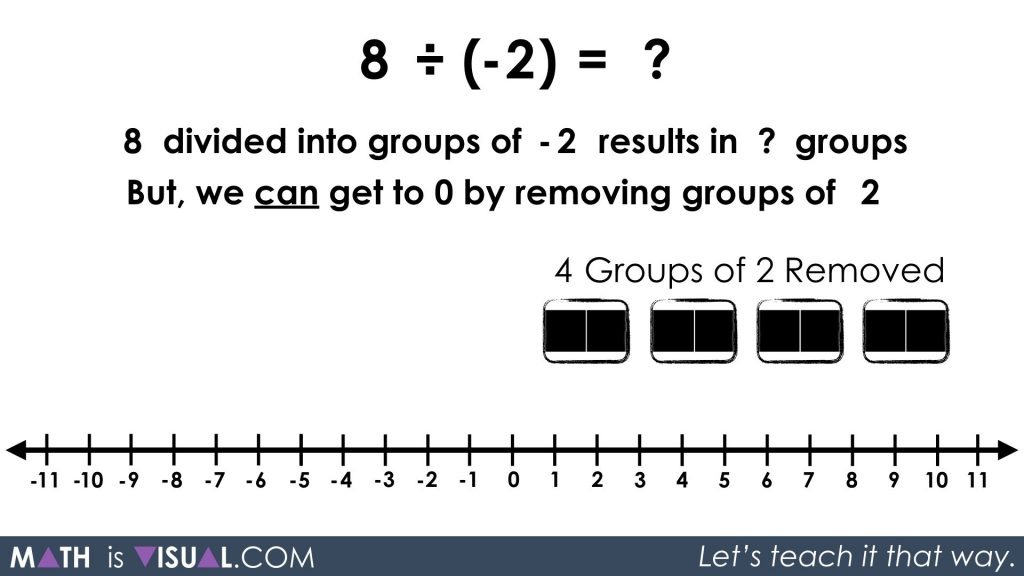 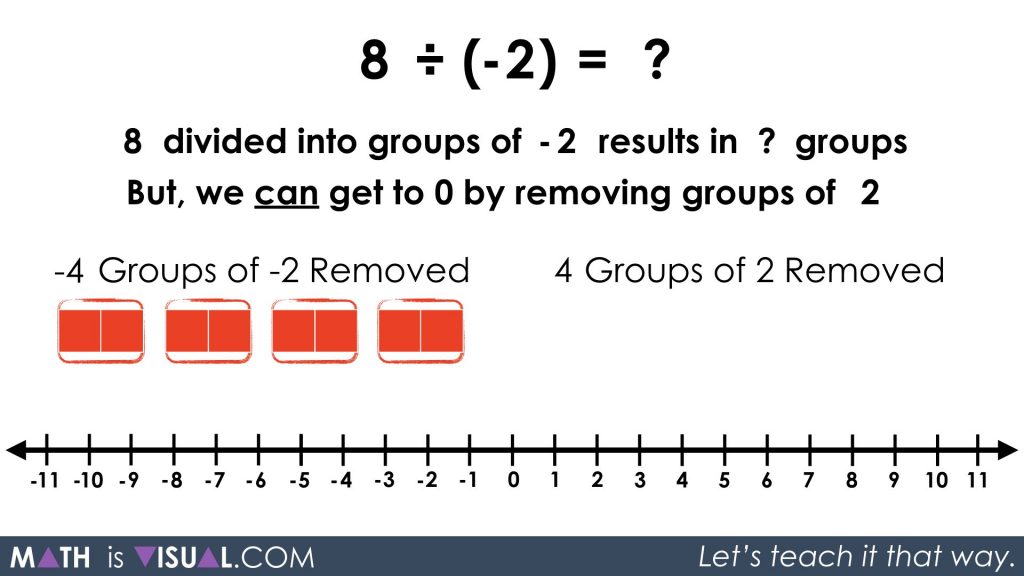 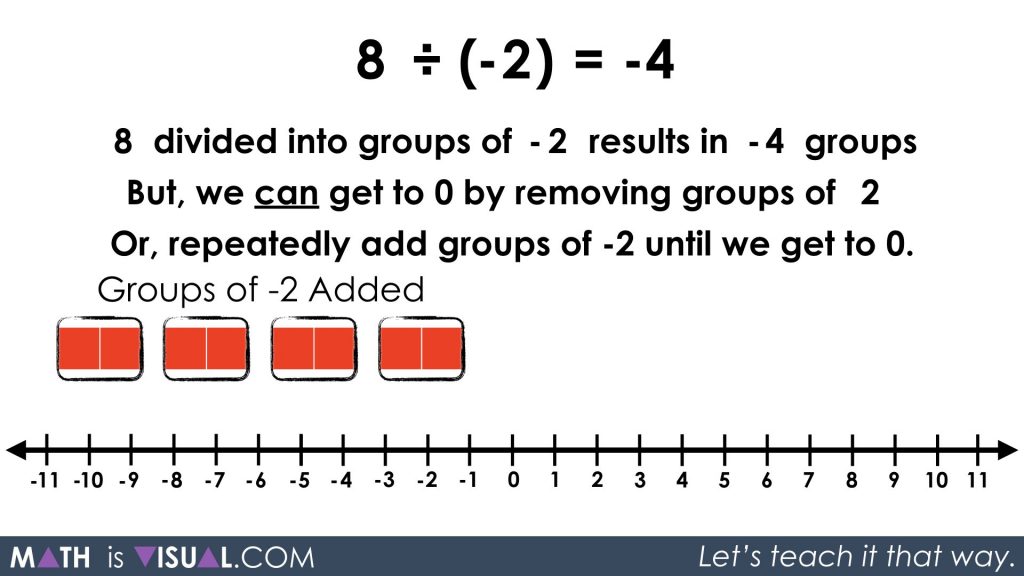 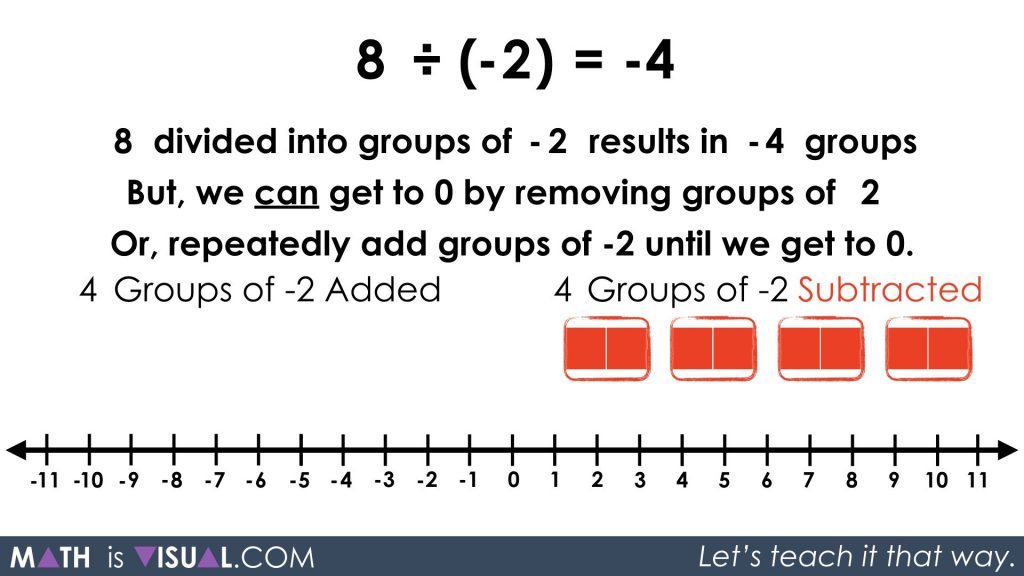 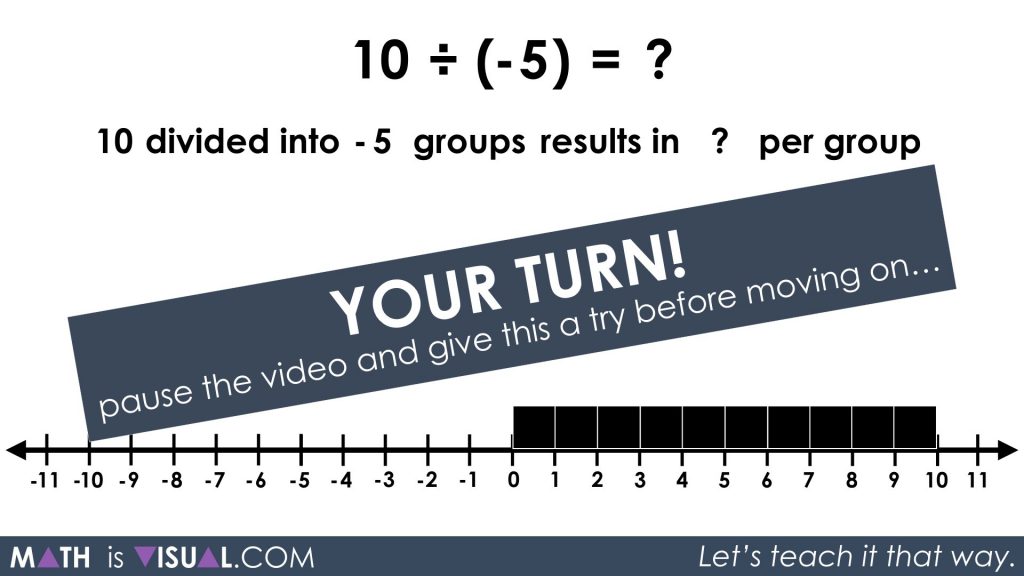 Again, we must note that we want to determine the value of the quantity that will be shared amongst 5 negatively charged groups or -5 groups. 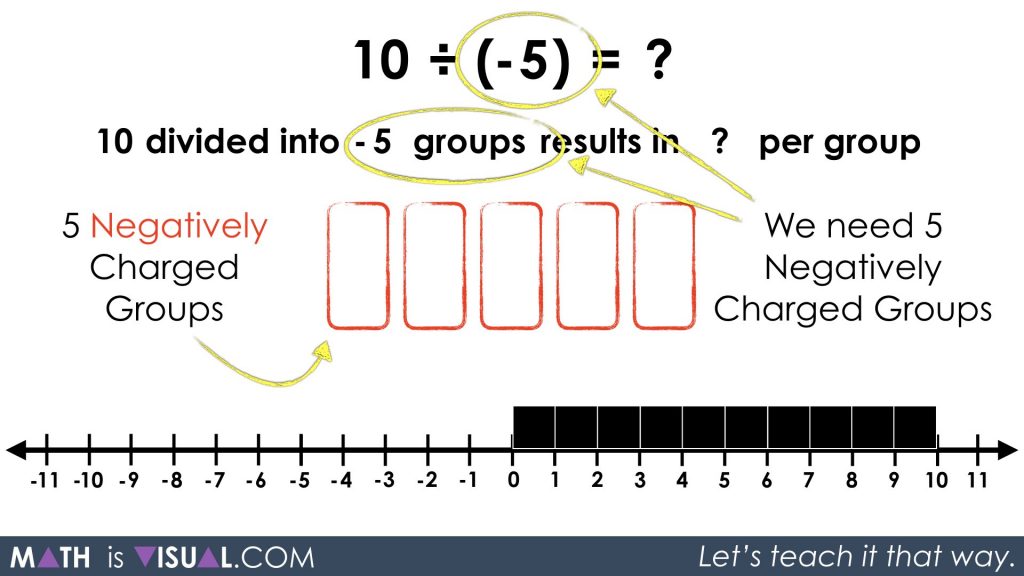 By fair sharing 10 across the -5 groups, we see that each group will contain 2 negatives or -2. 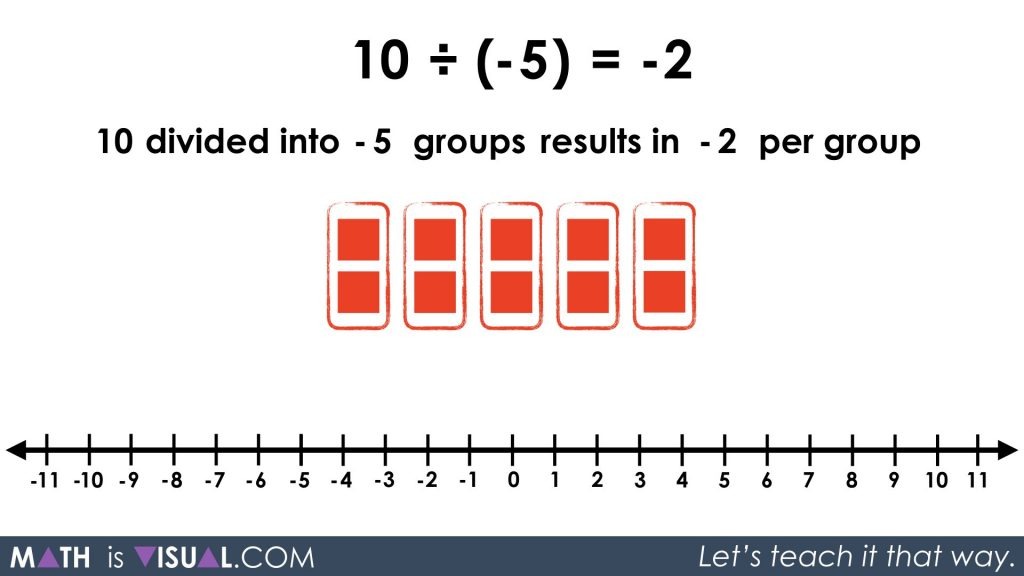 How about approaching the same problem using quotative division: 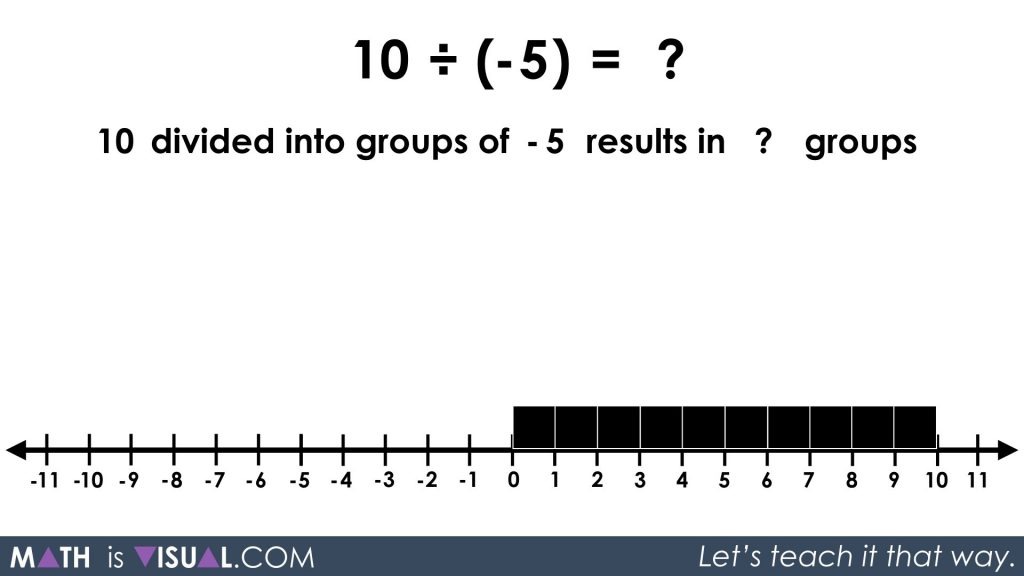 By using our conceptual understanding built through the previous visual prompts, we can now recognize that since there are 0 groups of -5 we can create from the +10 given, we must use negatively charged groups. 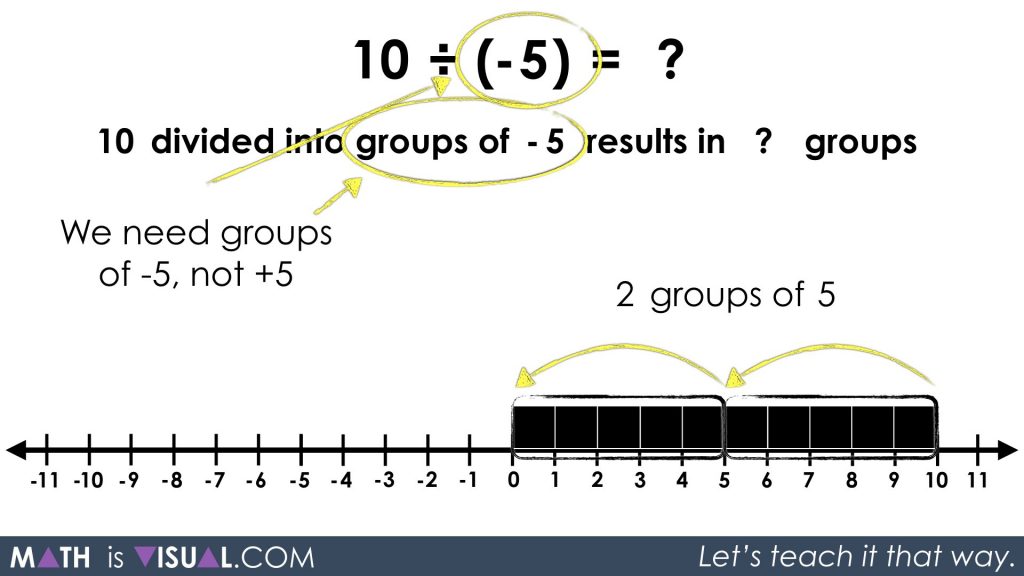 Since I can create 2 groups of +5, I know I can also represent those same two groups as -2 groups of -5. 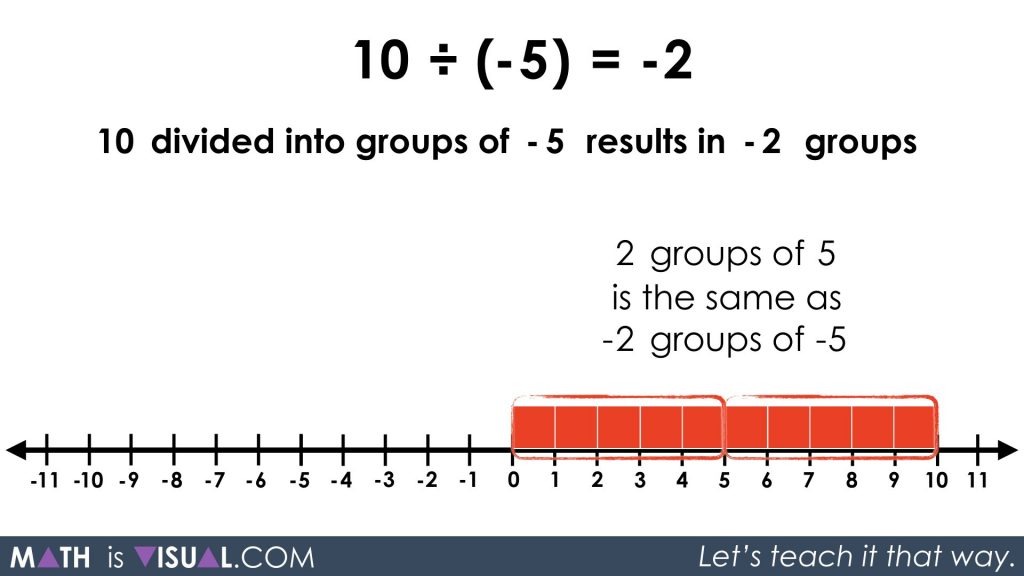 There you have it! Understanding integer division conceptually through concrete and visual representations. In my classroom, I’d have students using coloured tiles or linking cubes to physically manipulate the materials to fully conceptualize this very important idea that often is approached using only rules and procedures.