This set of visual math talk prompts is taken from the Math Talk section of Day 2 in the Make Math Moments Problem Based Unit called Voting Booth. The purpose of the Math Talk is to reinforce key concepts and big ideas from this problem based math unit including:

Learn more about multiplicative thinking, rates, ratios and the roadmap to proportional relationships through the course: The Concept Holding Your Students Back.

Then, ask students to express the number of votes for each participant as a percentage of the total votes.

Three (3) additional prompts are shared in the Teacher Guide from Day 2 of the Voting Booth problem based math unit.

The prompt builds off of the context from the first day of this problem based math unit where we ask students:

What percentage of the total votes did Luca receive?

What percentage of the total votes did Ali receive?

On the screen, students will see that Luca received 40 votes and Ali received 60 votes.

Some students may ask for clarification regarding how many people were a part of this vote. You can confirm that Luca and Ali were the only people involved in the vote and therefore the sum of their votes represents the total number of votes.

While students are free to leverage strategies and models of their choosing, you may ask students if you can represent their thinking on a double number line (or stacked bar model) similar to the following: 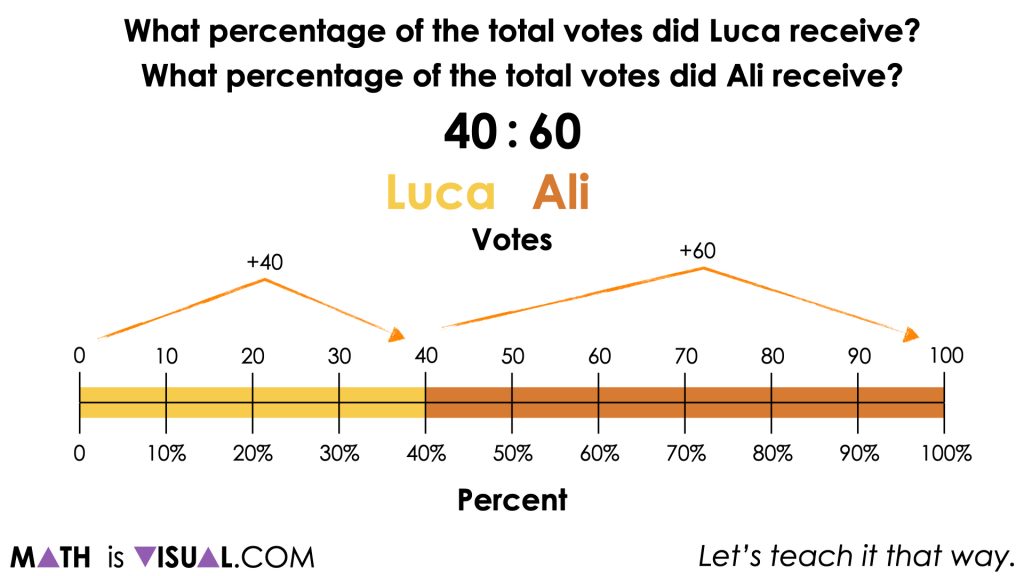 This first prompt provides quite a low floor to allow all students to enter the problem and to reiterate or review what a percentage is and how they can be helpful when comparing two or more quantities like we see in this context.

After students arrive at the final answers of 40% and 60%, you can also line the bars up to make these quantities more explicit as you’ll see in the following screenshot. 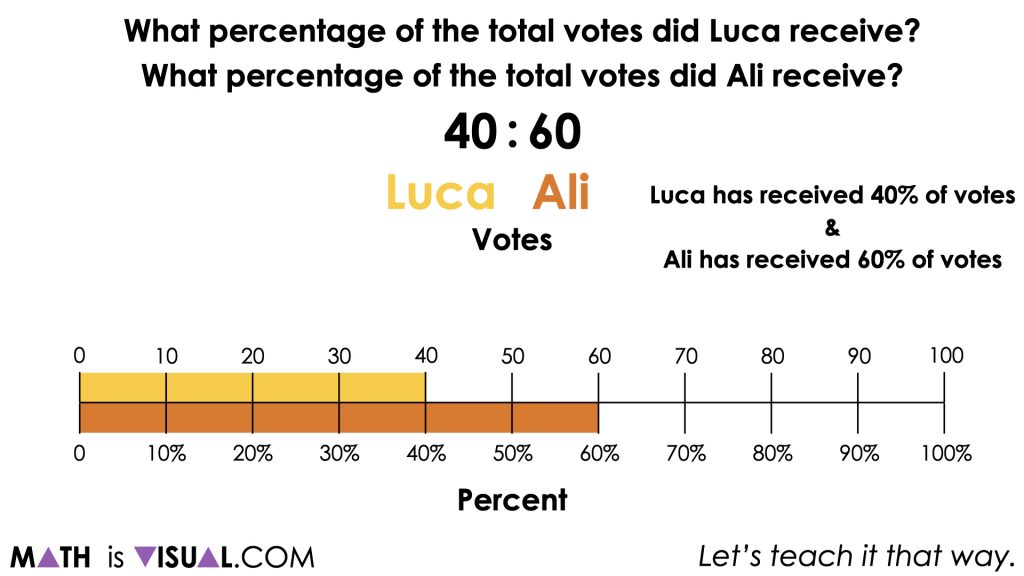 As you continue to play the video, you’ll see the second visual math talk prompt where we begin to raise the floor by asking the same question, except we have another vote involving Sonya who received 80 votes and Ali who received 120 votes.

As we did previously, we’ll allow students to solve using their own strategies and models, but encouraging a linear model when representing student thinking. 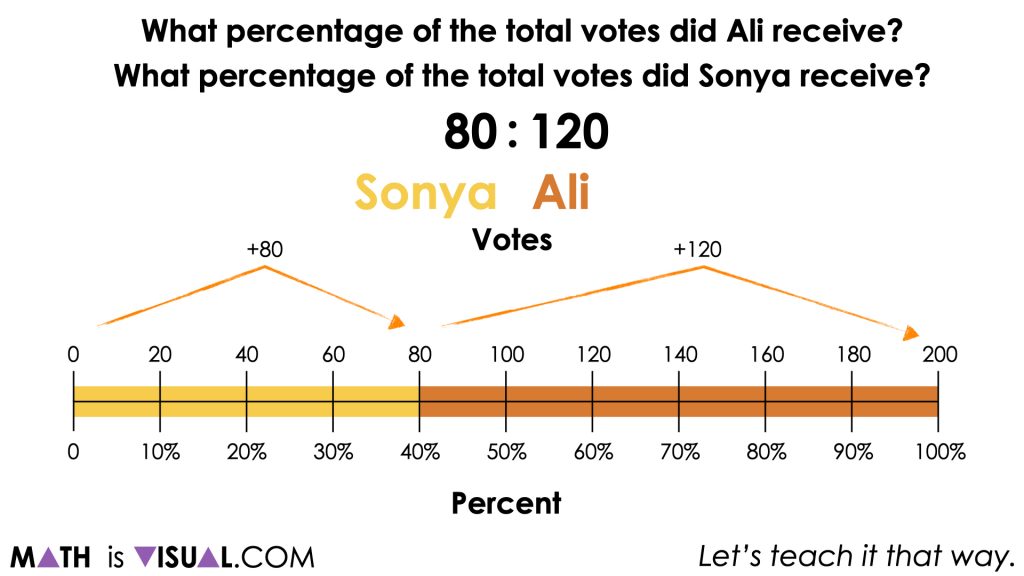 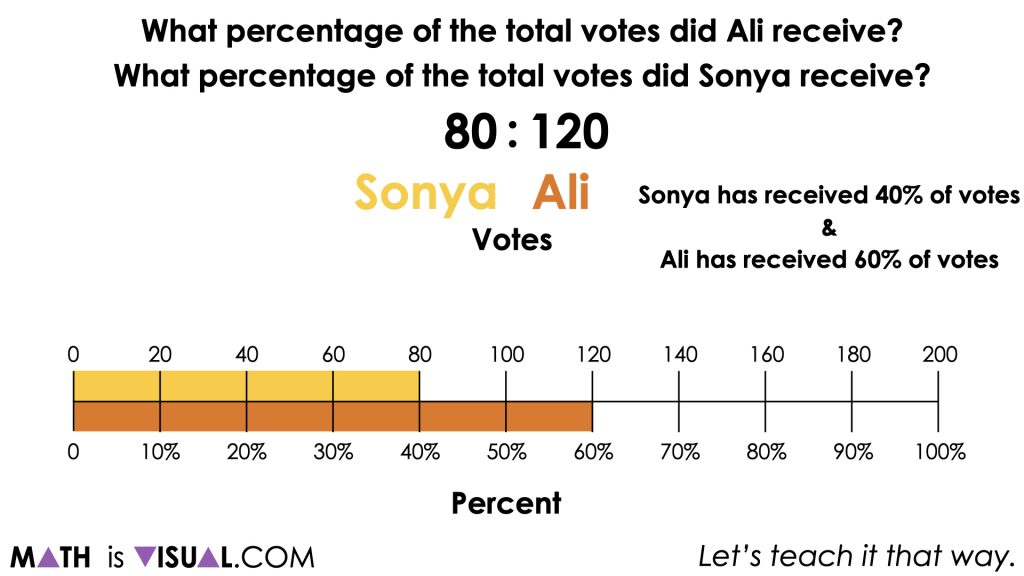 It can be helpful to highlight that in the second vote, the number of votes received by each participant has doubled, yet the percentage of the whole remains the same. This is because 80:120 and 40:60 are equivalent ratios from the same proportional relationship.

Four (4) additional math talk prompts are available in Day 2 of the Voting Booth problem based math unit that you can dive into now.