This set of visual math talk prompts is taken from the Math Talk section of Day 4 in the Make Math Moments Problem Based Unit called Rice Ratios. The purpose of the Math Talk is to reinforce key concepts and big ideas from this problem based math unit including:

Learn more about rates, ratios and the roadmap to proportional relationships through the course: The Concept Holding Your Students Back.

In today’s visual math talk, we will be presenting the following quotative division sentences one at a time. Since we are dividing quantities of the same unit, the type of division is quotative and the resulting quotient will represent a scale factor. Encourage the use of an area, volume or linear model to justify each equation.

An additional four (4) prompts are shared in the Teacher Guide from Day 4 of the Rice Ratios problem based math unit.

You might consider modelling each of these division sentences using a stacked bar model as shown in the visual math talk prompt silent solution animations shared below.

The first problem in the visual math talk prompt asks students to divide 120 metres by 80 metres. Since we are dividing quantities with the same units (metres by metres), we know that this is quotative division since we are asking:

Leveraging a linear model to scale for this quotative division problem will allow students to see that there is at least one full unit of 80 metres in 120 metres, but less than two full units. 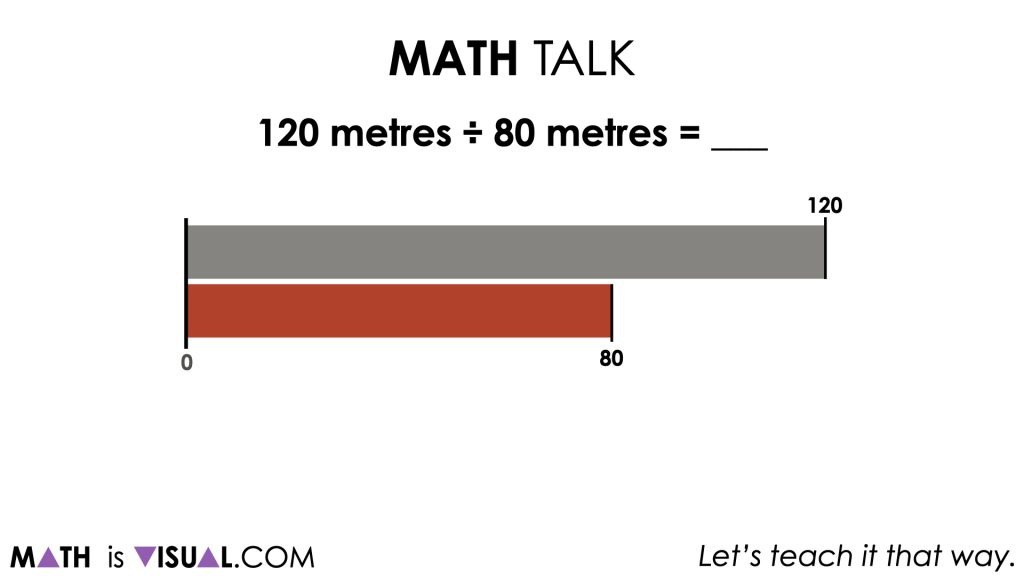 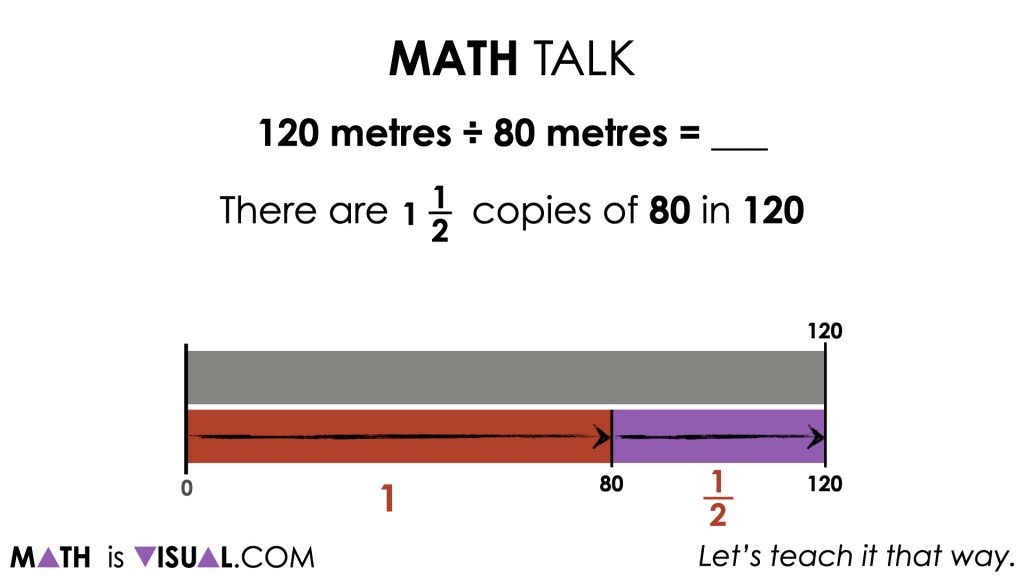 Now, we will switch the dividend and divisor quantities by showing this next visual math talk prompt.

Students may choose to leverage their first model to visualize how many copies of 120 metres are in 80 metres. They will quickly realize that it is less than 1 copy.

If students respond with an answer of zero, push students to be more precise. Asking them questions like “is it exactly zero or could a fractional amount work?” might be helpful. 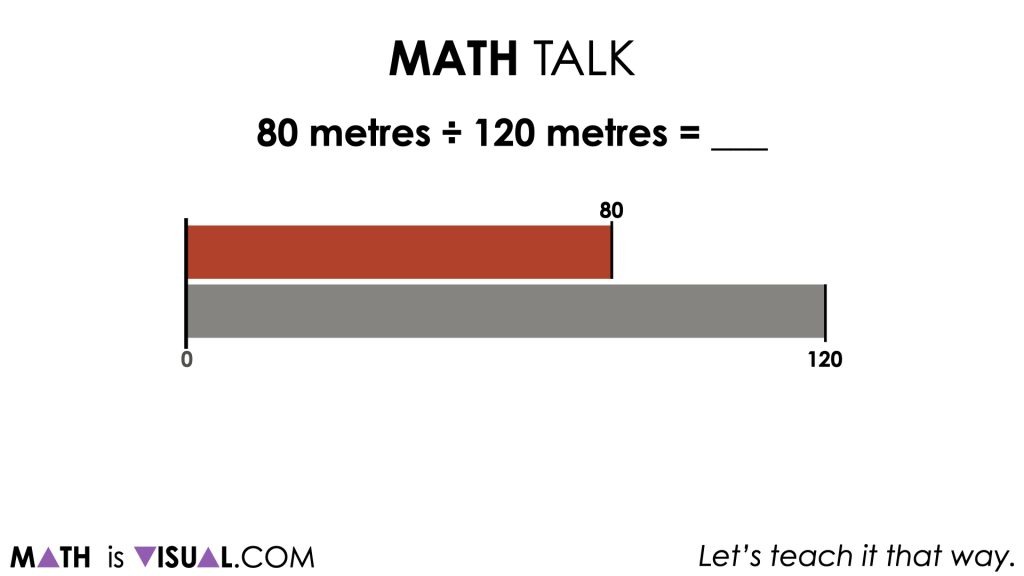 Just by looking at their model – assuming it is reasonably to scale – students should note that there is more than half of 120 metres in 80.

Some students might benefit from using paper strips to represent their bar model and using folds to partition until they land on partitioning 120 metres into thirds. 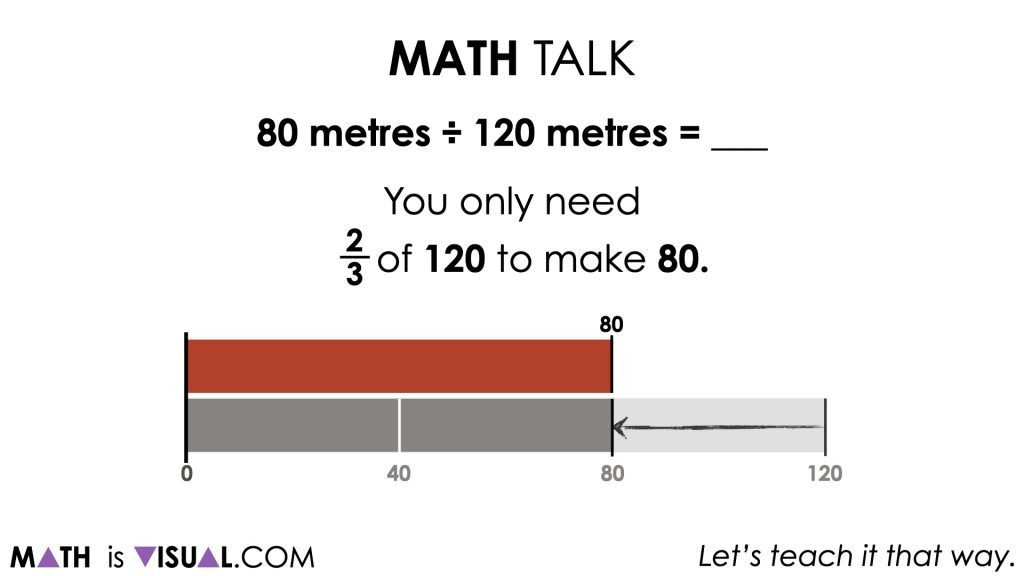 Four (4) additional math talk prompts are available in Day 4 of the Rice Ratios problem based math unit that you can dive into now.