Students will reinforce concepts related to ratios and to explore how quantities covary by finding equivalent ratios through scaling in tandem.

The purpose of Day 2 activities is to reinforce concepts from Day 1. Students will engage in a visual number talk that will encourage them to consider different ways to describe relationships between quantities and reinforce the idea of scaling in tandem to reveal equivalent ratios.

Students will also have an opportunity to complete a purposeful practice that will serve to develop a deeper understanding of the following big ideas:

Consider utilizing the following visual math talk prompt and be prepared to pause where indicated: 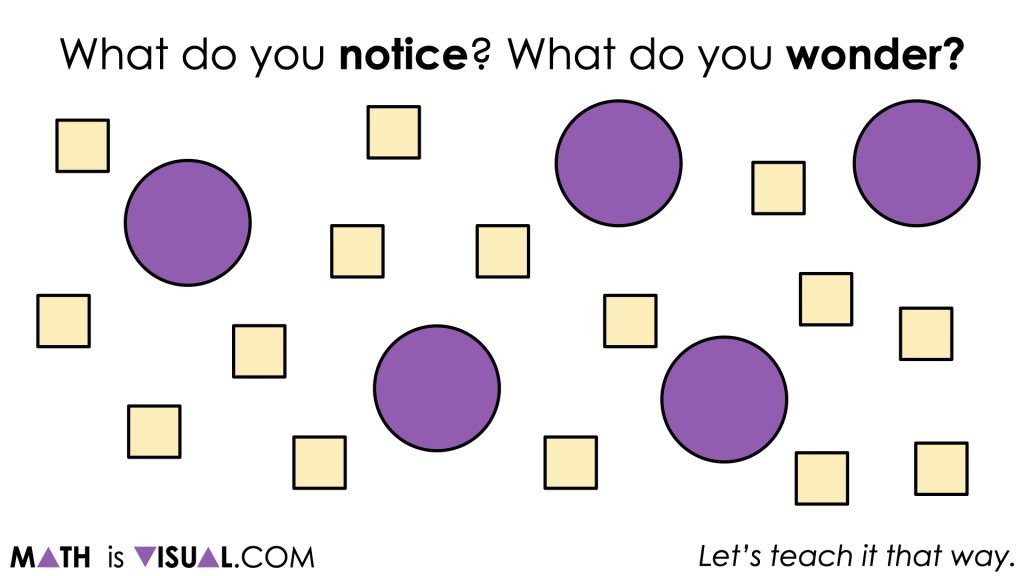 After students share some of what they notice and wonder about the shapes that have ‘popped’ on the screen, continue playing the video until the next prompt appears:

Describe as many relationships as you can between the circles and the squares.

It is worthwhile to note the observations that students will share, as a way of determining if students are thinking in absolute or relative terms, and whether they are able to consider both part:whole and part:part relationships.

As you are making note of students’ observations, consider modeling the use of ratio language and notation, including:

Some students may make use of rate language such as:

Of course, these are just some possible observations and many more ideas may be highlighted by your students. 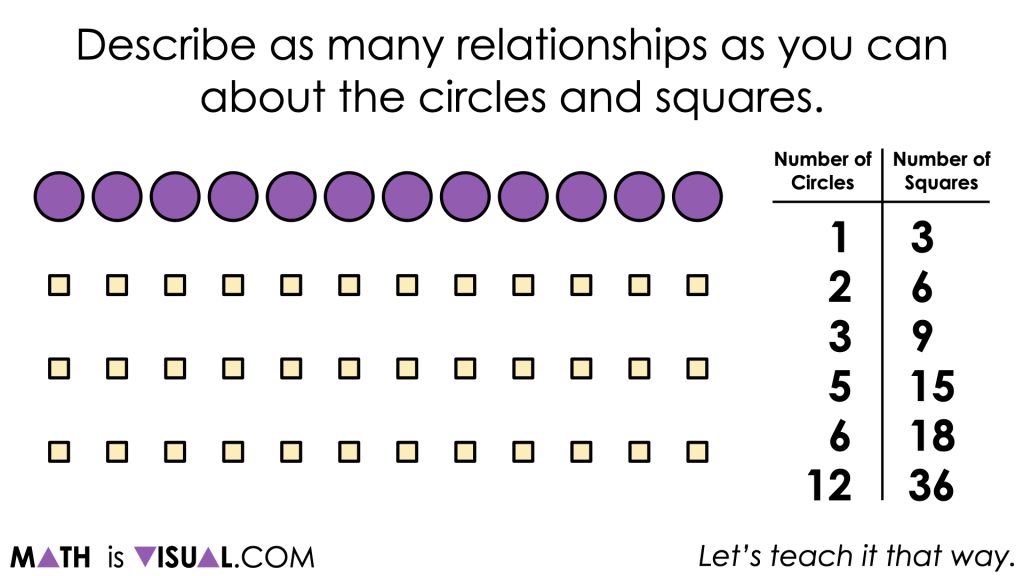 Consider encouraging students to find other equivalent ratios by scaling in tandem (ratio reasoning) or by using the constant of proportionality (rate reasoning) and record their thinking in a ratio table.

Three (3) additional number talk prompts are available in Day 2 of the Keep It Up problem based math unit that you can dive into now.

Why not start from the beginning of this contextual 8-day unit of real world lessons from the Make Math Moments Problem Based Units page.